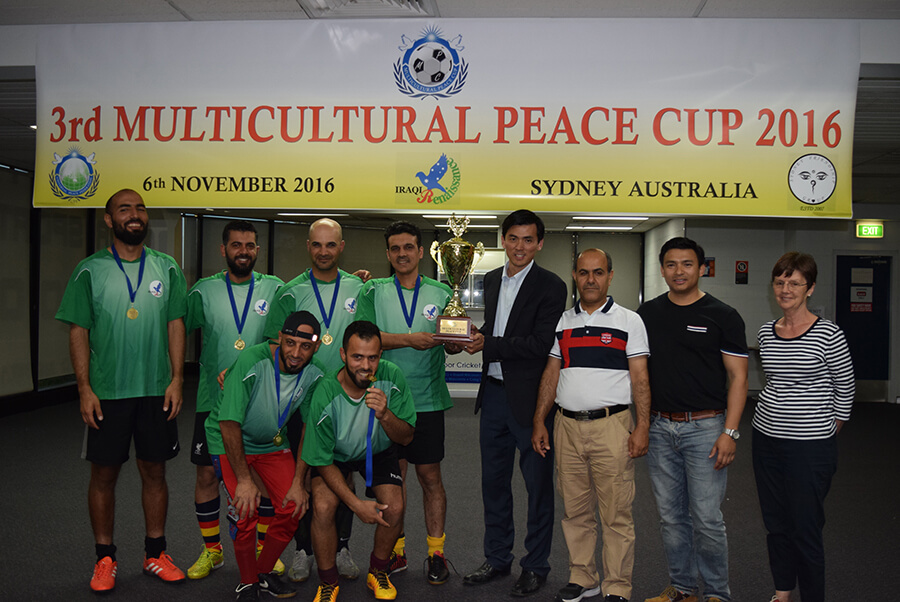 There were 12 soccer teams that participated in the tournament this year compared to eight teams last year and four teams year before that shows the increasing interest in participation by various community soccer teams.

In a spirit of friendly competition, the teams competed in knock-out rounds, with the ultimate victors being the Iraqi Renaissance while Auburn United were runners up. Auburn United FC were the runners up in the 3rd MPC for 2016. Each player was presented with a silver medallion.

Ali Rezai from Auburn United received the best player trophy while Nicky from the Burmese team received the sportsmanship trophy. 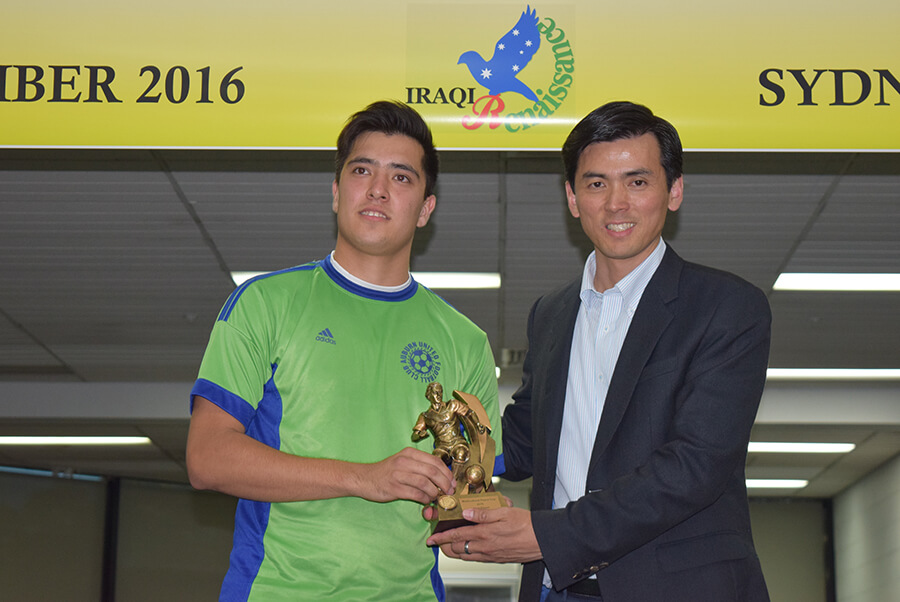 Soon Teck Lim, Director of Universal Peace Foundation and Ghassan Alassadi presented the trophies to winner and runner up teams.

The tournament was organised by Catrine Von Dinklage, UPF Events Coordinator and her team of volunteers from Oceania Leadership Team. Nicky from Myanmar Youth FC was awarded the “Sportsmanship” trophy which was presented by Ghassan Alassadi, President of Iraqi Renaissance. Figure 2 Referee Rodrigo Leon receiving a certificate of thanks for his participation and a job well done. It was presented by Sydney Friendship Group Inc CEO Jebin Dhoj Shahi. Happy participants and volunteers pose for a group photo at the conclusion of the tournament.