A combination of programs were organised during the long weekend in October that included a MEFF retreat, IFEW AGC and AGM as well as an AIF formal biannual socialisation at the north shores of Sydney mainly at the premises of Uniting Venues, Elanora Heights.

A retreat organised by the Australian MEFF Consortium, organisers of the Multicultural Eid Festival & Fair was held on Saturday 1 October in order to finalise the new constitution of MEFF as well as to develop strategy for seeking sponsorship and streamline various aspects of the organisation of the next MEFF on Sunday 9 July 2017.

The theme for the AGC this year was “Exploration of Self & Islam: Mental and Physical Wellbeing” showcased by three theme talks by presenters from three generations.

Dr Qazi Ashfaq Ahmad spoke on “Exploration of Islam: essential for upgrading ourselves” where he emphasised the personal and passionate study of Islam by every individual in his/her own right and then develop a conviction to improve oneself.

Ms Saminah Ahmad did an audio visual presentation on “Exploration of self: preserving mental health” where she explained the difference between mental health and mental illness. She said that there was a lot of ignorance in the community in recognising mental illness and reluctance to seek professional help.

Sunday 2 October started with very early morning tahajjud and long supplication dua by Mr Usaid Khalil, Theme Workshops and then with reports on various projects and activities of IFEW.

The 33rd AGC booklet was prepared well in advance containing talks, reports and future plans as always in printed as well as in electronic form.

During the Family report session, each basic family gave a written report on all its individual members, their educational progress, jobs, health and future plans followed by discussions and advice.

Possibly a first in Australia, moving with the times, IFEW elections were conducted electronically where the candidates for Trustees and Shura (Management Committee) were voted on line, in an efficient and smooth manner.

Dr Qazi Ashfaq Ahmad, Mr Zia Ahmad and Mrs Najia Khalil were elected as trustees for a period of four years while the Shura selected with mutual discussion Mr Aamir Ahmad as President and Ms Saminah Ahmad as Vice President of IFEW. The other office bearers were to be appointed by Shura later.

As per tradition a photography session was held to take annual portrait photos of individuals, basic families as well as group photos of all IFEW members and their families consisting of four generations.

All catering was provided Halal, courtesy of the Uniting Venues saving time for members from food preparation and devoting time in more creative activities during the conference.

On Monday 3 October AGC Theme resolutions were passed together with an address by the newly elected IFEW President, Aamir Ahmad.

This was followed by the biannual socialisation at a nearby water-side park hosted by Mrs Mehar Ahmad and family.

Starting as the Australasian Integrated Family (AIF), IFEW has been one of the pioneers in establishing daawah, education and welfare activities for more than 33 years in Sydney. One of their offshoots is the MEFF Eid Festival being organised for more than 30 years.

The Australasian Muslim Times AMUST currently being produced by Seena Incorporated is also an initiative of AIF.

A number of IFEW members, parts of a large extended family have been associated with Islamic activities in Australia in general and Sydney in particular for more than 45 years having founded many community organisations and working in fields of education, daawah, publications, family organisation, student, youth and women’s activities. A housewife in our modern societies 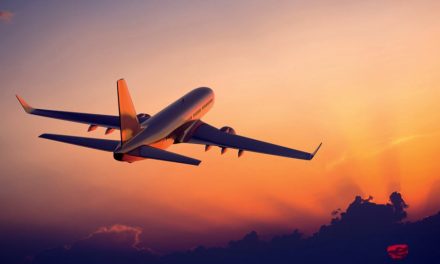