Feeling a sense of utter frustration and helplessness on hearing media personality, Sonya Kruger’s plea to ban Muslims from coming to Australia, I felt compelled to write this letter to the Age newspaper:

“I would like to express my utmost gratitude to all those who have chosen the path of understanding over fear after Sonia Kruger’s comments.

As a Muslim woman wearing a headscarf  I have never experienced such a hostile atmosphere towards Muslims and these individuals make life a little more bearable. I would love to invite you all for coffee at the Islamic Museum. My shout!”

I am not quite sure what I was expecting. A few phone calls perhaps. Maybe a couple of emails. I was not at all prepared for the avalanche of support that ensued.

This was due to an amazing writer and artist by the name of Fiona Scott-Norman. She felt so moved by the letter that she created a Facebook event encouraging her network of friends to visit the Islamic Museum and have a ‘coffee with Sherene.’

The day finally arrived. Seeing the hordes of people bustling through the doors of the museum, I and the other volunteers at the Islamic Museum and members of the Muslim community immediately felt buoyed. Fiona presented us with a beautiful orchid and I hugged her warmly. I was struck by her indomitable spirit.

Everyone gathered for their promised free coffee and were treated to a guided tour of the museum, marvelling at the exquisite art and architecture on display in the galleries. The day was a resounding success. It was so cathartic to meet like-minded individuals exuding warmth and filled with determination to engender change; no longer willing to stand by and allow the rhetoric of an intolerant minority continue to divide the nation into an “us and them” dichotomy.

Some comments from those who attended:

“I was lucky enough yesterday to experience the ‘coffee with Sherene’ event. Brilliant. I came away invigorated and informed. I highly recommend this event and the museum as well. Thanks to everyone who was there. What a fantastic bunch of people.”

“I was so impressed by the warmth and enthusiasm of the facilitators of the event. They were so encouraged by the large turn out. Another step in the much needed bridge-building in our community.”

Since the first event, two other very successful ‘coffee with Sherene’ events have been held at the Islamic Museum of Australia with others planned for the new year. I hope readers take heart by the genuine good will that is so prevalent in the wider community.

I certainly have, and will not allow the fear mongering minority to distract me from the mammoth task at hand; to continue to promote a more peaceful inclusive Australia. Sherene Hassan is a Director Islamic Museum of Australia based in Melbourne. 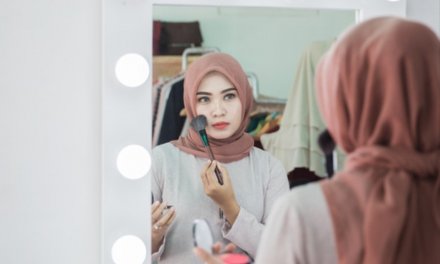 Let the light in