Professor Stuart Rees holding his latest book “A Lover’s Country”, a powerful story of the plight of Palestinians.. Photo by Jumanah Husna

As a passionate academic and international social worker, Professor Stuart Rees was at the centre of controversy as the Director of the Sydney Peace Foundation when, in 2003, former Palestinian spokesperson and minister, Hanan Ashrawi, was awarded the Sydney Peace Prize.

In Canberra on Thursday 13 October for Senator Lee Rhiannon’s launch of his latest book, A Lover’s Country, a fictionalised account of the controversy, Professor Rees took some time out to discuss his latest book and the current situation in Palestine with AMUST.

Told with a compelling immediacy, A Lover’s Country is a powerful story of the plight of Palestinians and how love and courage overcome terrible odds. Based on the 2003 award of an international peace prize to a Palestinian, a story of love, loyalty, betrayal, courage and cowardice unfolds. A Lover’s Country is an illuminating tale of justice with a hard won message of hope.

Listen to the audio of the interview below (Duration: 8:26)

What inspired you to write this story?

Well it is because the story of Palestinians is usually not allowed to be told. It is usually suppressed so I felt certain that through fiction and novel I might reach more readers, more people than if I wrote another non fiction, the factual account.  Although you will probably see this is fiction, but it is based on what exactly happened.

What is your background with relationship to Palestinians?

I have been to West Bank, Gaza and refugee camps many many times over the past 25 years and although I have seen cruelty in other parts of the world, I mean the cruelty I witnessed in terms of way the Israelis treat the Palestinians, is perhaps worst I have seen. So for someone who is committed to justice and human rights, I am inevitably an ally of the people of Palestine.

In What way you feel the oppression by Israelis is worst than anyone else?

It is partially because it is lasting for so long.  It is the longest, most brutal occupation since the second World War.  It goes on and on.  At the moment the intention to it is deflected by the awful civil war in Syria.  But the systematic stealing of land, the siege of Gaza, the imprisonment of people, something like at least 1.5 million in refugee camps is something we should no longer allow.  So it seems to that Israelis with US consent are given a blank cheque for violence.

Do you see any hope regarding this situation?

Well, I am amazed of the dignity of the people who have been locked up in refugee camps for generations or more.  I am amazed by the courage of people in Gaza, by the hospitality that I received when I get into the Gaza and so we have lessons to learn from them. At the moment there is not much hope because of the authoritarianism that has grown around the world, particularly in the Middle East, but you see this in America and you see it here to some extent.  So it has been made illegal to protest about the boycott of the BDS movement in favour of Palestinians right to self determination.

Yes, lots of countries are tying to ban the BDS movement?

Absolutely. It is outrageous that what is a non violent movement based entirely in international law should be regarded as a crime.  In other words, the world’s powerful people are trying to make a crime out of protesting a crime.

Do you see any hope amongst any of the Israelis?

The Israeli Peace Movement, and these are brave people, is being suppressed, is being made illegal.  Even the group called Breaking the Silence, the soldiers who were disgusted with what they did or what they were asked to when they served in the military.  I mean they are being banned so there is not much hope within Israel unless there is an international reaction, that the Israelis and Palestinians can do this by themselves.  There has to be an outcry, there has to be a massive movement for justice that is international.

Do you see Australia playing a part in that?

Well, it should.  In Australia, the closer you get to Canberra, the more courage disappears.  So you have to have courage in public life to stand for this and that’s partly why I have written this book in order to use a story to influence people’s understanding. So among the political and media elites, there is not much hope because they are cowards and they should be ashamed of their cowardliness on this issue.

Do you have any message, maybe for Muslims who read this and become aware of your book and history?

That’s a good question.  I think I want to talk about justice and human rights that in a way cuts through religious and political lobby group boundaries, because I am a humanist, I am internationalist and I am concerned about Islamophobia that seems to be the new anti-Semitism.  So the problem I have with some of my Muslim friends is, that they don’t always turn up to support in what they believe in.  They, particularly the Palestinians in Sydney, I may know, they somehow have given up.  You got people like me, I am not a Palestinians, I am not a Muslim and I am not an Arab, but I haven’t given up.  I need to learn.  I need to learn from you.  It has to be reciprocal.

So we should become more active in this?

Sure, sure.  It doesn’t hurt to be active because you and I are just having a conversation together that means we have doubled our strength than if I just talked to myself.

Where are you from originally?

I am from India.

One of my champion is Mahatma Gandhi.   His saying ‘Non violence is not only a way of living, but a law of life’.   This is what he taught me.

Professor Rees, thank you very much.

Transcription of interview by Mehar Ahmad 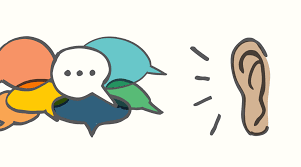 Can listening be hard?