Will you marry me? Interfaith marriage Part 2 Last month in Part 1 of this intriguing topic, I had the pleasure of interviewing three very distinguished and respected leaders of their own faiths: Imam Farhan Khalil from Mount Druitt; Reverend Bill Crews from Ashfield; and Rabbi Zalman Kastel from St Ives. We now continue with their important views…

Given that we put pressure on marriage to be fabulously great and at an all-time high, parents want the most for their children and would be appreciative of being asked for advice. Reverend Crews said that they found that most marriages between Christian and Muslims were quite happy  –  in general it was the families who became distraught by “bashing” each other with their holy mantras and beliefs.

Rabbi Kastel commented that stress in a relationship could be part of what plays out if their parents do not approve of it. “This could result in a lot of tension for families. Fortunately today the level of angst has dropped compared to what it was in the past.”

Imam Khalil said that couples sometimes take the plunge without letting their parents know because they feared they would be stopped from doing so. “Often this can be damaging both for the children and parents.”

The Australian census now being calculated will probably verify that the number of atheists in our society is increasing to numbers never seen before. The question put the three eminent ambassadors related to any concern they have on this issue.

Rabbi Kastel, while acknowledging the importance of faith, did not seem overly concerned at this and pointed out that there were many Jewish people who did not believe in God as such.

Imam Khalil stated that he believed atheism is mainly on the rise because we live in the era of logic and often people say we can’t see or feel God, so it is not logical to believe in it.

Reverend Crews expanded by saying that he thought churches have moved away from the people.  “If you look at the life of Jesus he used ‘earthly’ situations to talk about heavenly things.  In fact, you can describe the Bible and the Koran as books of ‘big stuff’ that point to something even bigger.  I believe the churches and mosques are using stories from a cultures of thousands of years ago to set rules for today’s living. They use a concept of God as ‘big daddy in the sky’ as a means of applying rules, whereas I believe God is at the very core of our most intimate and loving relationships” he concluded.

Regarding raising children within an interfaith marriage, the question arose regarding which religion to follow for those children.

Reverend Crews pointed out: “The children should be encouraged to make up their own mind when they are capable of it.”

Imam Khalil stated: “Even though we are allowed to get married with the people of book (Jews and Christians), we have an ultimate responsibility to raise our children as Muslims.”

Finally we needed to look at divorce. The answers were most interesting:

Imam Khalil said “Divorce in Islam is very simple process  –  it is as simple as pronouncing the word divorce and the person is divorced. Religiously, there is a process involved around divorce which also involves couple counselling before the husband and wife want to go different ways.”

Reverend Crews stated that divorce would be a simple process adding “I think we live in a world where relationships are much more transitory than they used to be. I cannot see the purpose of one person abusing another in the marriage and then using the marriage vows to bind them to it.”

Rabbi Kastel explained that there would not be a Jewish ritual or service for an interfaith marriage. “It becomes a matter for the courts” he said.

Going by all the potential difficulties of an interfaith marriage, it would be wise for the loving couple to look at all the angles involved, and to consider involving their respective families or even a counsellor.

Kogarah Clinical Psychologist, Tom Jones, added: “When young people of differing religions form a relationship, parents may initially oppose it, but if this relationship continues, they should put aside their reservations and embrace their future son or daughter-in-law. If they do not, they will risk being distanced from the couple and from future grandchildren.” In pointing to marriage conflict, Tom added “Communication about matters of difference need to be resolved with mutual respect. The topics of in-laws, sex, children, money, as well as religion, can all be challenging, but if marital problems can be resolved early, the risk of divorce is reduced.”

Despite the differences put forward by the three distinguished religious leaders, the writer wishes to add that people of all faiths will make their own decisions and can still get on and live in peace together. Whether it be in marriage or just being neighbours, religion should not be a dividing line but rather a coming together of all humans. 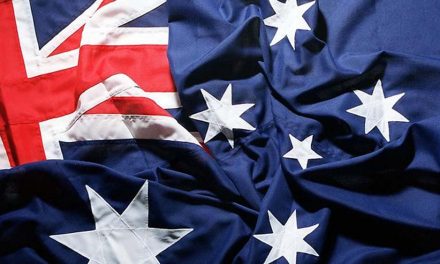