OnePath Network, the Sydney based Islamic Production studio is releasing its first short film “Last Chance” in cinemas all over Australia during the month of October.

The Premier of the film will be held on Thursday 13 October starting 6.30 pm at The Waterview, Sydney Olympic Park.

OnePath Network, a non-profit organisation is reaching across the world with its on-line content that includes talks, interviews, news, current affairs, community concerns and Islamic commentary on world events. In a OnePath Network first, local acting, writing, and production talent in Sydney has been sourced for an ambitious short film project which has taken more than 18 months to come to life.

Written and directed by OnePath Network’s Creative Director and Youtube sensation Kamal Saleh of “Talk Islam”, the film “Last Chance” will be one to remember. Starring Mohamed Hoblos and Steve Dabliz, the film is inspired by true events and will aim to highlight the challenges faced by youth dealing with worldly temptations, drugs, and fast money.

“Last Chance” will be hitting the big screen in cinemas around the country starting 15 October, with Sydney, Melbourne, and Adelaide sessions already on sale.

Sydney sessions have sold out so fast that additional sessions had to be booked, and are now available. More Australian cities may also become available in the coming weeks.

Trailer of the  “Last Chance” can be seen at its website with information to buy tickets:

Popular Sydney Islamic speaker Mohamed Hoblos will also be speaking LIVE in theatres during the currently available sessions, addressing the audience before the show begins. The team at OnePath has been literally flooded with requests to take the film overseas, with requests pouring in from the UK, USA, Canada, Sweden, Norway, Germany, Egypt, Morocco, Belgium, Pakistan, India, and UAE – among many, many more.

OnePath Network is celebrating the film’s release, and inviting the community to support upcoming projects and films by joining the fundraising dinner and the first ever screening of the film over a 2-course meal on Thursday 13 October 2016 at 6.30 pm at The Waterview at Bicentennial Park, Sydney Olympic Park. The tickets are being sold for the event at $100 per head.

Check out more of OnePath Network’s content by visiting the website below, or downloading the free mobile App: 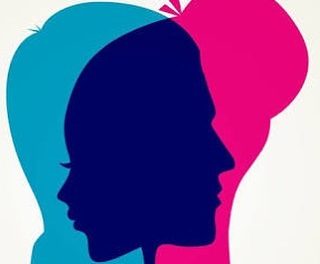