Dedicated to the Memory of Saint Mother Teresa

I remember the darns on your blue-banded sari,

– the light of joy in your eyes.

I asked, ‘Is poverty you strength?’

‘No’ you answered, ‘poverty is my freedom.’

Moving together among bomb-maimed children

by Calcutta’s Little Sisters of the Poor,

you insisted ‘Christ is each of these broken bodies.’

Wounded or blind, each child

responded to your touch with a smile:

Together we helped your Sisters.

I scrubbed floors and brushed away

the glass from bomb-shattered windows.

One morning I scattered breadcrumbs along

each windowsill – You placed a bowl

of water close to these crumbs.

Soon birds were gliding or fluttering down

To peck and drink …

A Grey Heron and white-eared Bulbul

As these birds preened and cooed

The children giggled, clapping their hands

Were these birds on the way South

To nest in the marshes? …

Ali, a ‘young boy, asked ‘Are they from

The Suq Al Ghazal where birds are sold?

Perhaps they escaped during the bombing.’

In the golden silence of the dawn

the chattering birds would wake us.

Often we would watch the Turtle Doves

resting in the lemon tree,

while a Bald Eagle circled above.

dodge and dance with our kites.

Ali had lost both his legs in the bombing.

Eight years old Hussein, who had lost an arm,

Resting on the dome of Bab AI-Mu’azzam!

Baghdad is indeed the Mother of Birds!’

Working with you, watching the children laugh,

was for me a time of pure joy.•

On our last morning together you gave me your rosary

Note: Anne Fairbairn met Saint Mother Teresa in early 1991 in the home of Abdul Razak Abdul Wahed, the Poet Laureate in Iraq at the time.

Anne helped Mother Teresa clean up a bomb-damaged house in order .to provide a home for some of Baghdad’s destitute and wounded children whose parents had been killed in the bombing. 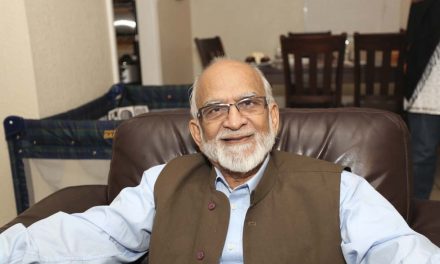