Muslims have a whopping $11.5 trillion of wealth to their names, triggering a race among asset managers to tap this massive pool of capital, a Bloomberg report says.

According to Washington-based Pew Research Center estimates, Islam will remain the world’s fastest-growing major religion over the next few decades, with demand for investments that comply with the Qur’an tenets rising.

Over the past year, Islamic funds have lured global money managers from BNP Paribas to Schroder Investment Management Ltd.

A report by the Malaysia International Islamic Financial Center in February forecast the global Islamic asset management industry to grow to $77 billion by 2019 from $58 billion at the end of 2015.

It is forecast to hit mammoth proportions given that about $9.5 trillion of Islamic wealth still remains outside the Shariah compliant finance industry.

The global halal industry is estimated to be worth more than $2 trillion, including a $1 trillion food market which is expanding.

Muslim tourists are seen as one of the fastest growing travel groups, accounting for 10% of the global travel spending in 2014, worth $150 billion.

Iran also plans to turn into the world’s hub for halal tourism which could draw as many as 15 million Muslims a year from around the world, officials have said.

Iran planned to launch its international halal food brand in the next few months, aiming to tap an under-served regional market of 400 million people. 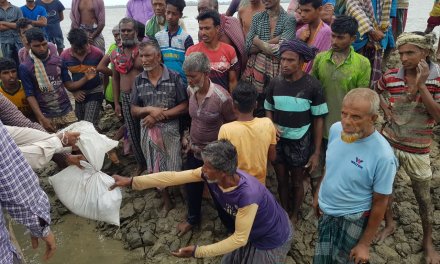