Muslims all over the world will be celebrating Eid-ul-Adha, the Feast of Sacrifice largely on Monday 12 September 2016.

Eid-ul-Adha is the second major celebration during the year marked on the 10th day of the month of Dhul Hijjah, the 12th month of the Islamic calendar. It is a celebration of the spirit of sacrifice originally attributed to Prophet Ibrahim (a).

Eid-ul-Adha coincides with the annual pilgrimage to Makkah known as Hajj where Muslims this year will gather at the plain of Arafat on Sunday 11 September.

Most of the Australians intending to go for Hajj this year have already packed their bags and have departed for the cities of Makkah and Madinah so they will be in time to join in the rituals of Hajj as well as Ziyarah,(visiting other sites surrounding Makkah and Madinah.

Some of the specific rituals of Hajj include Tawaf, Day of Arafat, Day of Tarwiyah, Muzdalifah, Ramy al-Jamarat (stoning near Mina), and the sacrifice of an animal around the 10th of Dhul Hijjah.

There were more than 4000 Muslims going for Hajj from Australia two years ago, and it is expected that there will be a significant rise in these attendees this year.

The Hajj is an annual event for Muslims. Every Muslim, male and female, who can afford it, has a duty to make the pilgrimage once in a lifetime. Hajj symbolises the unity of mankind and is an annual assembly of Muslims from all over the world in the holy land.

Hajj is the fifth  pillar of Islam, and is the most comprehensive form of worship in Islam due to embracing physical sacrifice as in the pillars of Salat (prayer) and Sawm (Fasting), and financial sacrifice as in Zakat (charity).

It is recommended that pilgrims should come with provisions but, as usual one’s thought is directed at once from the physical to the spiritual. The best of such provisions is right conduct.

One of the significant parts of Hajj which anyone not even going on Hajj can share in is the sacrificing of an animal, which originated from the story of Prophet Ibrahim (a) and followed by Prophet Muhammad (s)

Here in Australia, some of the Muslims will go to the abattoirs and farms to do the slaughtering themselves to relate to the actual act of sacrificing, while others will order the animal from the butcher, but will distribute a proportion of the meat to the less fortunate.

There are others still who will send money to their families overseas or give to charities so that they can feed a proportion to the poor and needy in impoverished countries or to refugees. 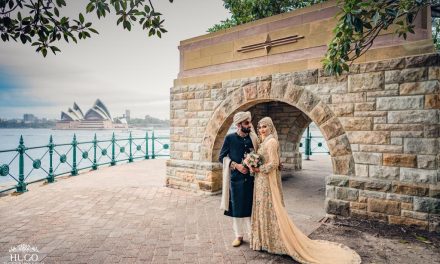