A ‘’Women of Peace’’ event was hosted on International Day of Peace by Stand Up, a Jewish organisation committed to pursuing social justice for disadvantaged communities. The evening showcased the ‘’Living Peace’’ conference held in August in Caux, Switzerland to celebrate the 25th anniversary of Creators of Peace. This is an international women’s movement which empowers women to recognise their peace-making potential. Its main vehicle is the Peace Circle, where a group of women from diverse backgrounds meet for a series of sessions to workshop topics including what creates and destroys peace, inner peace, listening and forgiveness.

Four of the 11 Sydney women who attended the conference at Caux spoke about their experience. Yarrie Bangura came to Australia as a child in 2004 from war-torn Sierra Leone, via a refugee camp. Currently working at Stand Up, sh,e spoke about how her first foray into Creators of Peace in 2009 taught her to understand and forgive herself, and how visiting Caux has now inspired her to involve other young people in working towards peace. 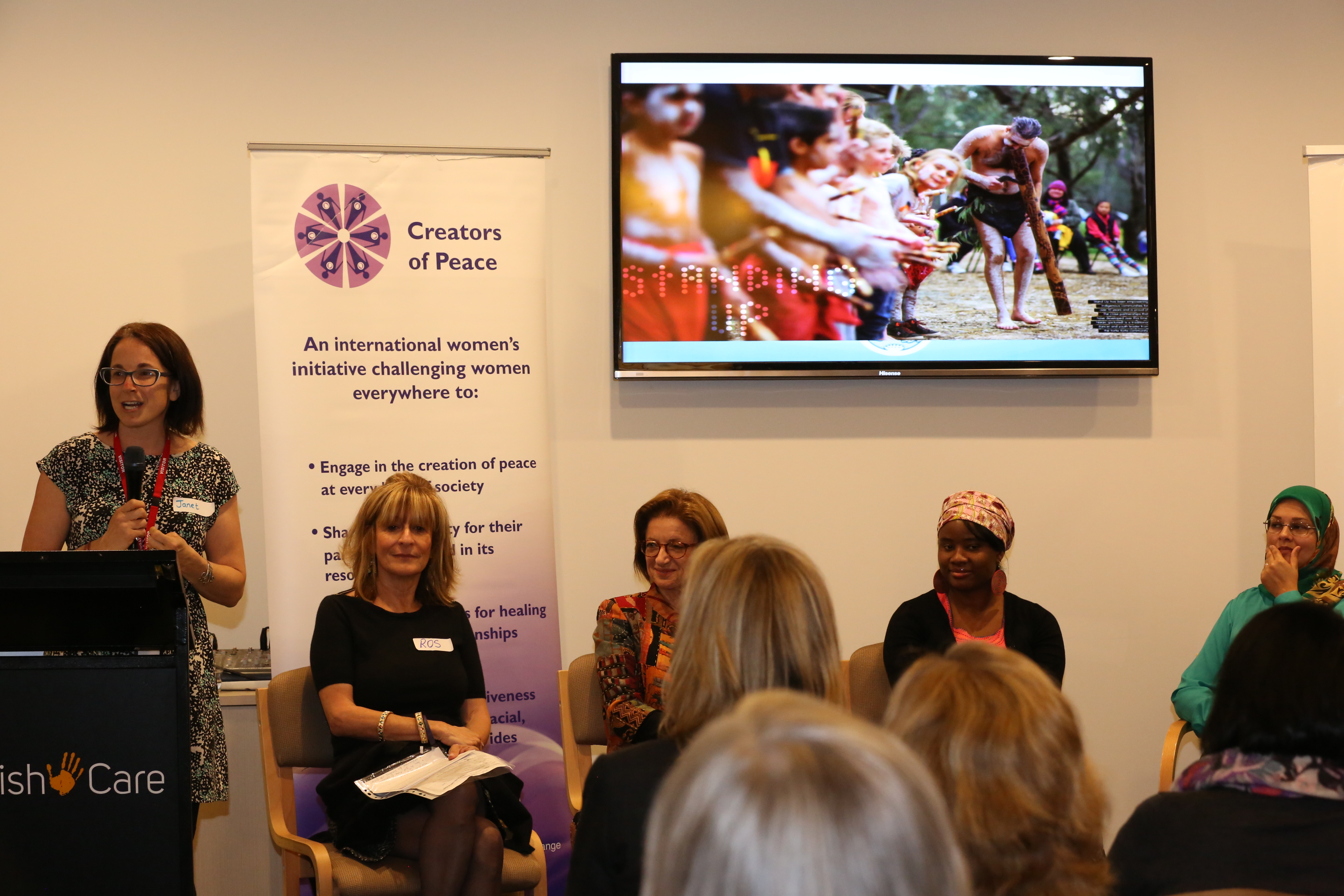 Ros Kennedy met and connected deeply with the Kenyan delegation at Caux talking about their daily struggles. Particularly, she befriended a widowed mother of five, who belonged to a group of other widows. Ros asked her the question, ‘’what one thing would make a big difference to your lives?’’ and was surprised to hear the answer, ‘’a milking cow’’. Over a phone call back to her husband in Sydney that night, she informed him they had just bought a milking cow for the price of hosting one extended family dinner.

Zohra Aly heard two Lebanese women, one Christian and one Muslim, speak about how they bring women across the religious divides together in their country by recognising our similarities but also our differences by simply accepting the latter. She explained that in the Quran, God says he created us as diverse nations ‘’so we may get to know one another’’. Words from a song the women sang often at the conference, ‘’Let there be peace on Earth, and let it begin with me,’’ have been an important revelation for Zohra since she first found out about Creators of Peace in 2009.

Shoshana Faire spoke of story-sharing as being at the heart of Creators of Peace Circles, and how our story can change when we repeat it. She also spoke of how listening to the stories of ‘’others’’ helps to remove or change any assumptions we may hold about them. Shoshana shared the story of how she was able to re-tell her own connection with her Jewish background when she found out in 2010, just before leaving for her first conference at Caux, a story about her that her grandparents. In 1945, they escaped Germany, and arriving in Caux as refugees, were hosted as refugees in the very building where she would be staying for her conference!

The women attending were then facilitated in circles to reflect upon the stories or beliefs they held which could get in the way of connecting with others, and one step they could take towards living peace themselves. 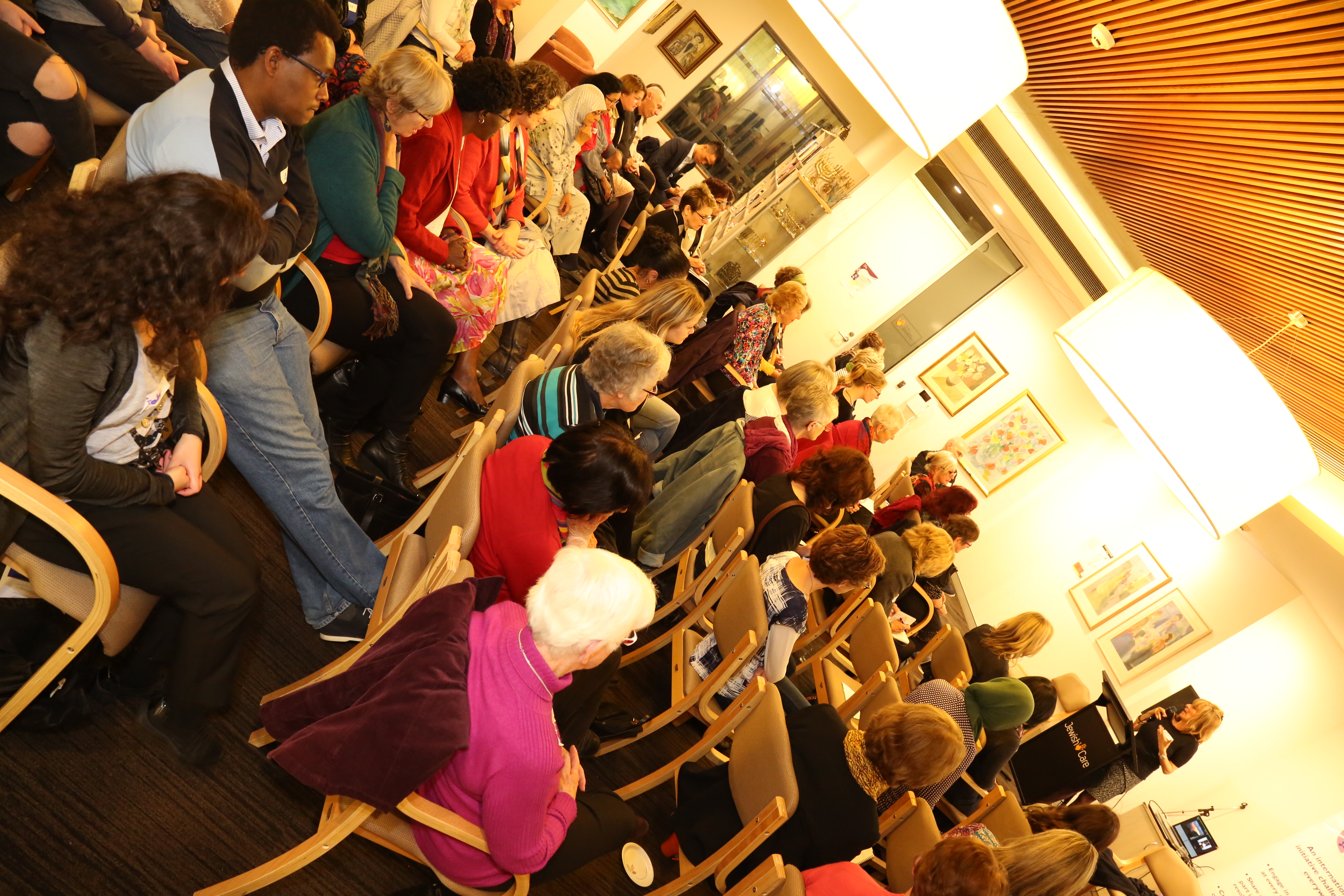 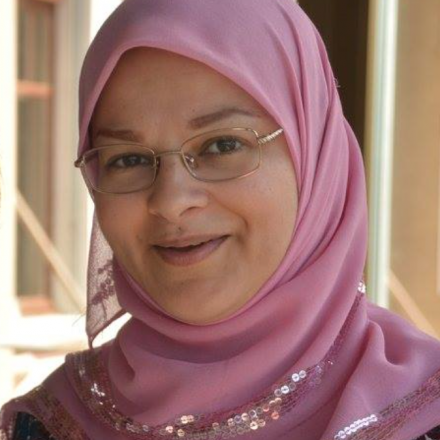 Zohra Aly is a pharmacist and freelance writer. She is a Creators of Peace facilitator and National Coordinator for Australia. 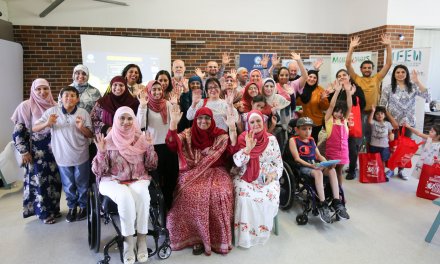 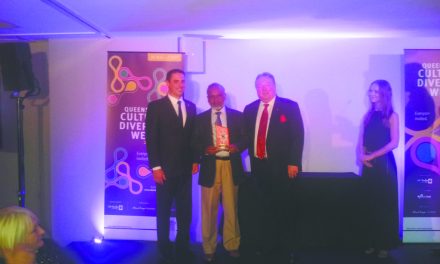 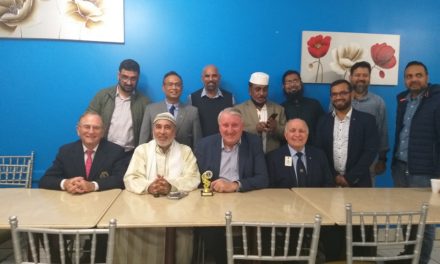