1. The Prophet used to offer salat (prayer) for 16/17 months with Qibla directed towards the Bait –ul-Muqaddas (Dome of the Rock). Then the directive of Allah was received to offer prayer toward Al-Kā’bah, as given in this passage.

2. These are the first responses of the objection of the foolish people. Their minds were closed, the vision were very limited and they were the worshipers of locality and directions??. Then firstly as a nullification of their ignorant objections it was declared that the East or the West both belong to Allah. To consider Qibla a particular direction does not connote that Allah rests only in that direction. The people who have been bestowed with the guidance from Allah are devoid of this short-mindedness.

3. This is the declaration of the leadership of the “Ummah (followers) of Muhammad (s)”. The word “kazalika” in this verse refers to both ways; firstly it is for Allah’s direction through which the direct way was found for the followers of the Prophet and thus they were termed as the “first Ummah” . Secondly it refers to change of Qibla (prayer direction) that connotes the firm deportation of Bani Israil from the state of the world leadership and the assignment of the leadership now to the followers of the Prophet.

The Ummah Wast (Just Followers) contains vast meaningfulness, which can never be exposed through any other term.  On one hand it pertains to such a high and noble multitude that sticks to justice, impartiality and companionship, and on the other hand, it attains the chief position of leadership among the believers over all the world, having conformable relation of truthfulness and dealings with all communities and people.

Then it is mentioned, “you are evidence for people and the Prophet is evidence for you”. It connotes that at the time of joint accounting of all the humanity, the Prophet shall be testimony as the responsible mouthpiece of Allah that the directives were imparted to him about the truthful and just worldly system handed over to him that has been conveyed to them exactly without any omission and demonstrated with fulfillment personally by himself.

Hence the assignment to an individual or a group to act as evidence for Allah pertains to him or his position and leadership. Thus it is a great rank or honor as well as a great responsibility to fulfill this assignment. Thus it means that all the followers of the Prophet have to stand as the live testimony for godliness, truthfulness, patience and faithfulness.

Thus the followers of the Prophet and the believers of Islam have a great responsibility to fulfill totally otherwise they shall be questioned on the Day of Resurrection about their world-leadership.

4. This expression is revealed to humanity by Allah to differentiate between the people who are engaged in the Jahili prejudice and destruction of lives and the people who have the exact realisation of the truth being free from any self-made favours to particular groups.

5. These are the exact directives about the change of Qibla. It was revealed 2 AH in the month of Al-Rajab or Al- Shaban, Ibn Sā’d narrates;

“The Prophet had gone to Barāi-bin-M‘ārūr and the time of Zuhr prayer arrived. The Prophet led the prayer. After completing two rak‘at this verse was revealed to Him. Immediately the Prophet and the persons following the Prophet changed the direction of prostration from Bait –ul-Muqaddas to Al-Kabah. It was immediately followed in Madinah and its suburbs.”

The Prophet was waiting for these directives. He, himself, is fully convinced that now the leadership of Israil is going to be terminated by Allah and therefore the time for the leadership of Arabs is to be installed.

Masjid Haram connotes the mosque of piety and honor. It pertains to the place of worship in the middle of which is the house of Ka‘bāh.

1. A sincere, noble and impartial human being, on one side, observes the mischievous behaviors of the infidels and disbelievers about how they are prospering enormously in this world and then observes, on the other side, the obedience of the believers together with their victimisation of affliction and atrocities in which the Prophet and the Companions have been involved since 3 AH.  Then such a person feels a wistful interrogation in his heart. Allah has responded here about this confusion in a very elegant style with marvellous exquisiteness.

2. If a believer has been trapped among a group of persons having misunderstood the image of Islam and is afraid of having atrocities and tyranny from them, he is permitted to conceal his belief and live with them as if he is one of them or if he has been exposed as a believer, he can extend a friendship and cordial relationship with them.

3. But human beings should not become so much dominated upon such a person that he forgets the consciousness and presence of Allah. Beware that humans can destroy your worldly affairs but Allah can destine you to everlasting punishment. Hence for your safety and security you may bluff the disbelievers to a limited extent in urgent helplessness as long as you never harm the Islamic mission or message nor indulge in the loss of life or property of any other believer. Remember that for your own safety if you commit to bring any loss to the party of the believer or to one individual believer, you shall never be released from the security and accounting of Allah. Ultimately, you are to be finally presented to Him. 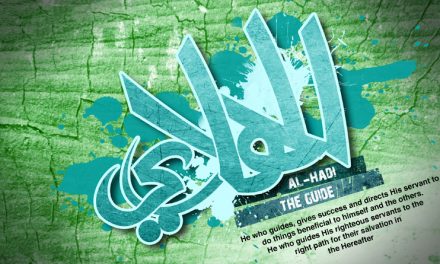