The Turkish scholar Fethullah Gulen has called for an international investigation into the failed military coup in Turkey in order to clear his name and find those responsible to be tried for treason.

Imam Muhammed Fethullah Gulen, 75 is the founder of the Hizmet (Service) movement who has been living in self exile in the US for 17 years. He was promptly blamed by President Recep Tayyip Erdogan for the military coup on 15 July 2016.

The Turkish government is putting pressure on the US to extradite Gulen to Turkey. However the US administration is reluctant to do so in the absence of credible evidence against Gulen.

In an article published in the French newspaper, Le Monde on 10 August 2016, Gulen strongly condemned the coup attempt and praised the Turkish people as heroes who saved democracy.

Gulen wrote “On the night of July 15, Turkey went through the most catastrophic tragedy in its recent history as a result of the attempted military coup. The events of that night could be called a serious terror coup. Turkish people from all walks of life who thought the era of military coups was over showed solidarity against the coup and stood on the side of democracy. While the coup attempt was in progress, I condemned it in the strongest terms.”

“Twenty minutes after the military coup attempt surfaced, before the real actors were known, President Erdogan hastily blamed me. It is troubling that an accusation was issued without waiting for the event’s details and the perpetrators’ motives to emerge. As someone who has suffered through four coups in the last 50 years, it is especially insulting to be associated with a coup attempt. I categorically reject such accusations”, he wrote.

Gulen further added “If there are any officers among the coup plotters who consider themselves as a sympathisers of Hizmet movement, in my opinion those people committed treason against the unity of their country by taking part in an event where their own citizens lost their lives. They also violated the values that I have cherished throughout my life, and caused hundreds of thousands of innocent people to suffer under the government’s oppressive treatment”.

Gulen has called for an international investigation to find those responsible for the coup attempt not relying on Turkish Judicial system that he accused of currently being highly politicized.

“No one is above the rule of law, myself included. I would like for those who are responsible for this coup attempt, regardless of their identities, to receive the punishment they deserve if found guilty in a fair trial. The Turkish judiciary has been politicized and controlled by the government since 2014 and, consequently, the possibility of a fair trial is very small. For this reason, I have advocated several times for the establishment of an international commission to investigate the coup attempt and I have expressed my commitment to abide by the findings of such a commission”, he wrote.

Despite Gulen being defamed as a terrorist and his movement called a terrorist organization with a witch hunt resulting in a wide communist style purge of tens of thousands of people after the coup, there has been no evidence of any terrorist activity by the followers of Gulen in any part of the world including Turkey.

Gulen points out “Hizmet movement participants have not been involved in one single violent incident throughout its 50-year history. They haven’t even taken to the streets to confront Turkish security forces while they have been suffering under the government’s “witch hunt,” to use Mr. Erdoğan’s own words, for the last three years”.

“Despite being subjected to a smear campaign and suffering under state oppression for the last three years in the hands of a politically controlled law enforcement and the judiciary, Hizmet movement participants have complied with the law, opposed injustices through legitimate means and only defended their rights within the legal framework”, Gulen added.

Gulen went into self-exile in 1998 after he was continuously defamed, detained and imprisoned and then acquitted after periodic military coups in Turkey since 1971.

“I openly call on the Turkish government to allow for an international commission to investigate the coup attempt, and promise my full cooperation in this matter. If the commission finds one-tenth of the accusations against me to be justified, I am ready to return to Turkey and receive the harshest punishment”, he concluded. 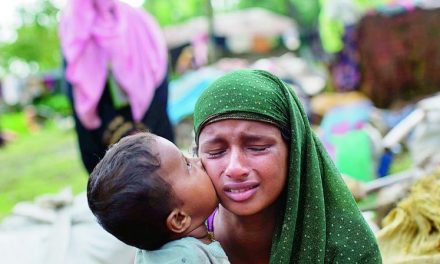 It’s more than just a dollar