The internal divisions within the Muslim world and the rise of criminal versions of Islam, leave many of us asking, “ What does the future hold for our Ummah, our universal Muslim family?”

Raymond Baker indicates that the situation is in fact nowhere near as bleak as it might at first appear. The first chapter of his book “The Mystery of Islam’s Strength,” deals not with the Golden Age but the world right now. The extremists have enjoyed a very high profile in the Western media, but as he points out, “…they have not captured the hearts and minds of the vast majority of Muslims, whose faith continues to find its most compelling and durable expressions in the Islamic midstream. Muslims of the center, the book argues, are writing Islam’s epoch-defining story.”

Indeed this midstream Islam has been totally consistent in its opposition to the groups adhering to criminal versions of Islam. Professor Baker writes, ”The United States in particular, has far too often succumbed to illusions that such groups could be used, without cost, for its own purposes. Centrists regard the distortions of Islam by the often ignorant marginal groups as so dangerous that cooperative projects with the militants, such as those undertaken by American intelligence agencies, are far more difficult to imagine.”

This midstream Islam has also been subjected to outright repression by many regional regimes. Closely linked to US policy objectives, many of these regimes understand that it is this very midstream, with its vast public support, which is the main threat to their authority, not the violent extremists who are universally abhorred.  It is the progressive midstream Islam which has the potential to replace the old regimes and they know it and act accordingly.

The twentieth century was a period of colonial occupation for much of the Muslim world, accompanied by intense racist violence. There were four great waves of resistance from the midstream to attempts to eradicate Islamic culture from these lands. The Muslim Ummah reacted to such attempts like “a living entity.”  “The story Islamic historians tell of Islam’s renewal is always and everywhere a story of the power of the faith in the lives of masses of ordinary Muslims rather than the tale of charismatic leaders.”

One of the great leaders of the resistance, reflecting the Islamic consciousness of his people, was Said Al Nursi. “At the core of Nursi’s thinking, through all stages of his life, was the commitment to reverse the damage of Western materialism and undemocratic governance that Ataturk had fostered….The Islamic political culture he imagined would be committed to both constitutional democracy and development. He believed that such a politics could only be achieved under conditions of the existence of basic freedoms, including the freedom for Turks to reaffirm their Islamic faith.”

The continued strength of Islam resides in the midstream and the fringe groups will eventually drop off or be absorbed back into the centre. The well-funded Islamophobia movement might be aware of this and is running scared, like the dictatorial regimes in the Muslim world, afraid that the midstream with its adherence to constitutional rule and representative government might bring in a new era. 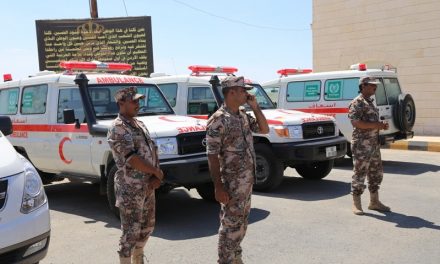