Last week Prime Minister Malcolm Turnbull hosted the country’s first Iftar at Kirribilli House; a luxurious scene for what appeared to be a pleasant evening for all who attended (or at least, appeared to be pleasant from their Tweets).

There are hundreds, probably thousands of Iftars held each year to bring not only 500 000 Australian Muslims together, but also to share the holy month of Ramadan with non-Muslim communities. If it wasn’t proved before, it has definitely been proven now; food really does bring people together.

But one political Iftar that gained substantially less attention than the Prime Minister’s glamorous event was co-hosted by NSW Opposition Leader, the Honourable Luke Foley and Member for the Granville state Electorate, the Honourable Julia Finn. Chris Bowen listens to a Quran recitation by Sheikh Khaled Taleb at the Iftar.

Though the Iftar did not include the A-List of well-known Muslim leaders, the gourmet food or the formality at Turnbull’s event, it can’t be denied that irrespective of how politically motivated these events were, they undoubtedly provide Muslims with an unprecedented level of positive recognition. That in itself is a reason for conservatives to be angry.

These events draw attention away from Muslims (as the epitome of evil) and public outcry is redirected towards affiliated politicians. The politicians are subjected to hate themselves for showing the Muslim community some compassion and for joining Muslims on a stage that invites discourse.

Nonetheless, these events are exceptionally effective for your daily dose of unintended dawah.  For a person who, prior to hearing about Mr Turnbull’s Iftar, had no knowledge of Ramadan, now understands that 1)Ramadan is happening right now, 2) that it involves fasting and 3) that it involves Muslims. Any basic media report would have at least covered those facts. For the outsider, Ramadan is the perfect time to learn about Ramadan. Quite concisely in the words of Julia Finn, “Ramadan is about fasting and considering those who are less fortunate than ourselves.”

After visiting Lebanon with the Opposition Leader two months ago, Ms Finn acknowledged the families and  individuals experiencing hardship overseas, mentioning the 1.5 million refugees displaced in Lebanon and the 500 000 displaced Palestinians all over the world. Mr Foley took advantage of the night by highlighting the multicultural diversity of Sydney’s Muslim Community; “Julia and I are constantly having to educate our colleagues from all parties, from other parts of Sydney and NSW about the nature of our Muslim community here.”

“We have people here tonight from countries of Asia, Europe, Africa, before we get to the Middle East. That misunderstanding that the Islamic community in Auburn and Granville and these suburbs are all Lebanese or Arabic people is exactly that, a misunderstanding.”

“We‘re trying to raise consciousness and raise awareness and understanding of the diverse nature of the Muslim community here in Western Sydney.”

A similar message was addressed by Mr Turnbull at his Iftar; “By breaking bread across religions and by bringing diverse people together, we are embodying Islam’s emphasis on human diversity.”

Now I can speak on behalf of most Australian Muslims (and any Australian for that matter) when I say I am not a person who has an easily tends to be swayed by political rhetoric, but we are living in a time where, to the uninformed mind, Islam and Muslims alike are a threat to modern, Western existence.

To have your political leaders reinforce a message, that you have been struggling to come to terms with, has the effect of realising that you are in check, that you are not a threat and that it is okay to be religious and innocent. On multiple occasions where Muslims have been at the forefront of contention, I have had to step back and ask “Am I doing something wrong? Could that have been me?”

The truth is best put in the words of my colleague, Ms Rayane Tamer;

“We aren’t a nationwide salad. We’re the tomatoes that are forked out of the way and placed on the side…. And God knows if the next person I meet likes tomatoes…. If I believed wholeheartedly that Australia accepted us [Muslims], I shouldn’t have to suss out if anyone around us is a tomato hater.”

What we can assure ourselves with is that we are nothing like the people who decided it was okay to engage in intentional forms of violence. But hearing it from your politicians is comforting, albeit impliedly political.

As long as we do no wrong, we cannot be in the wrong.

The politicians said it best – As Salam Alaikum, peace be upon you. Rima Dabliz, 19, is a blogger studying B Communication majoring in journalism/ B Laws at UTS. She is a keen fundraiser for the International Women’s Development Agency and the Cancer Council. Her occupational goal is to work as a criminal defence lawyer whilst maintaining her passion for writing about the world and aims to develop an online youth magazine made by young Muslims, for young Muslims, about young Muslims. 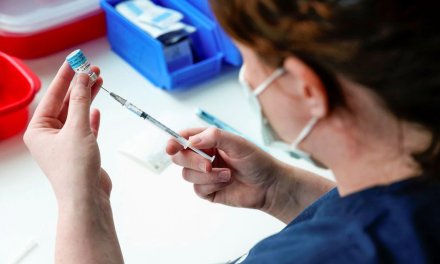