Legal Aid was set up by the Federal Government in 1973, recognising that:

“…one of the basic causes of the inequality of citizens before the laws is the absence of adequate and comprehensive legal aid arrangements throughout Australia … The ultimate object of the Government is that legal aid be readily and equally available to citizens everywhere in Australia and that aid be extended for advice and assistance of litigation as well as for litigation in all legal categories and in all courts.” (Senator the Hon Lionel Murphy AO QC, Attorney General)

Many Australians assume that if they find themselves with a legal problem, that they will automatically receive a lawyer through legal aid if they cannot afford a lawyer. This assumption is incorrect and today, in some cases, even people living below the poverty line are often judged too wealthy to qualify for scant legal aid funding.

The crisis in funding is a direct result of funding neglect and cuts by the Federal Government, which has impacted severely on every Australian’s ability to access legal aid services.

The situation is so dire, that in Victoria alone, over 11, 000 people were denied legal aid in the last five years alone.

The Law Council of Australia President, Stuart Clark AM, said: “The picture is very similar across the country. The plight of those people denied legal aid is a direct result of hundreds of millions of dollars in cuts by successive federal governments. Over the last 20 years, successive federal governments have cut the Commonwealth’s share of legal aid from 50per cent to just 35per cent forcing increasing numbers of people to defend themselves in Court against well-armed prosecution teams. Meanwhile, individuals must battle well-resourced corporate opponents, abusive former partners and government agencies without any legal assistance or representation, at all. The consequence of federal government neglect is often catastrophic for the lives and livelihoods of those individuals and their families”. At least 45, 000 people have had to represent themselves in legal proceedings since 2009.

Many legal practitioners have joined public rallies to protest over the legal aid crisis and called upon the Federal Government to restore funding to legal aid; even using the #legalaidmatters.

In February 2016, the legal community from around Australia launched a “Legal Aid Matters” national campaign to raise awareness to the crisis of legal aid.

Unfortunately, the budget announcements announced further cuts in 2017, which will cut at least $12.1 million from community legal centres and $4.5 million from Aboriginal and Torres Strait Islander legal services.

Legal Aid does matter. It is essential to the proper functioning of our justice system and ensures that legal rights of individuals are protected. It saves the court systems time and money.

It is estimated that at least $350 million in federal government funding is required to ease the crisis. You can show your support for the campaign by sending a tweet using the #legalaidmatters, write a letter to your local MP and sign the petition at 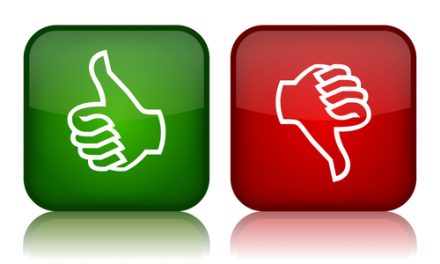