People are remembered for their fame in their area of proficiency such as great scientists, world’s top business men, sports and celebrity stars. But it is rare in world history that a star of the boxing ring pulls millions from different walks of life including even those not connected to sports like politicians, religious leaders and even students of humanities.

The African American sports legend who thrilled civil rights activists and inspired the marginalised in apartheid society, was Muhammad Ali, the greatest champion in the history of boxing, an extraordinary hero for millions of the underprivileged who beheld rays of hope for relief and changes through this master puncher inside the boxing ring.

An inspiring champion and brave fighter whose blows made sensational waves outside the boxing ring, Ali’s punches fell heavily on authorities that discriminated people based on colour. His boxing legend fame transformed into his fight against all forms of discrimination that African-Americans faced. Unlike other celebrities, Ali stood for righteousness and exposed injustice.

Even after he won the heavyweight title and Olympic gold medal, his African American origin was the reason Ali was not served by white men in the restaurant where he was celebrating his victory.  As a protest against this deep rooted shameful discrimination in society he threw his gold medal into Ohio River declaring that the country did not deserve this medal if the majority whites could not accept that a black person had won gold for the country. He did not chase those in power for support, instead his words more often than not stung like a bee on the face of the political system of US.  Later in what was considered to be a poetical retort of nature, he was invited by the government to light the Olympic torch at the 1996 Atlanta Olympics inauguration.

His fighting spirit against any injustice on human and civil rights led him to embrace Islam where he found equality among people. Islam holds that the all human differences are there only so that people may identify and distinguish each other. In front of Allah the most honored are those who are most God-conscious.

His decision to reject the call of the government to take part in the Vietnam military draft coupled with his lack of concern of any adverse consequences that he would have to face was a true example of his brave stand against all intimidation. Time testified his position was correct; the war which became a Waterloo for the US was already lost before it started. Ali’s rousing attitude motivated people who were deprived of civil rights.

He became a Muslim by choice, not an accident of birth since he was born a Christian. He demonstrated the basic Islamic principal of enjoining righteousness and forbidding evil by sacrificing all that was valuable to him as a world champion of his caliber at the peak of his fame true to Prophet Muhammad (s)’s saying: “The best jihad is to speak the truth in front of a tyrannical ruler.”

His outright rejection of participation in military draft was a true example of his stand on the Islamic principle to honor human life. He represented the pride of his people and took great caution not to be a puppet in the hands of the greedy establishment. Finally, he rests now in a world of zero discrimination.

May Allah rest the departed soul in eternal peace. 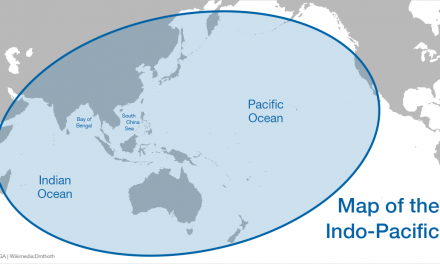