The acceptance of Muslims  and their attitudes on a range of matters in mainstream Western societies is becoming a real problem for the xenophobes and bigots. Although small in number and promoted by certain elements of the media, far beyond their numerical significance, the impact of anti-Muslim extremists  seems increasingly restricted to  the far-right fringe of conservative political parties.

The whole world stood up and took notice of the election of a Muslim to the position of Mayor of London, defeating an extremely Islamophobic campaign, stage managed by associates of Sir Lynton Crosby, knighted for his service to the Tories. A few years ago, these Crosby tactics were successful here in Australia, succeeding  through dog-whistling Islamophobia and refugee-phobia, in having John Howard, then Tony Abbott, elected to high office. The tactic was a spectacular failure in Canada where the anti-Muslim campaign saw the demise of the Harper government and the rise of the articulate supporter of a multicultural Canada, Trudeau, to office. The tactic also spectacularly failed this time round in London. It got the horrid Boris to office but failed with Goldsmith.

That something positive is happening regarding attitudes to Muslims was indicated by the fact that within a month Britain saw a Muslim elected to head the National Union of Students, a Muslim was selected to bake Her Majesty’s birthday cake and Muslim footballer Riyad Mahrez was one of four Leicester players named in the Professional Footballer’s Association Team of the Year in April 2016, and later that month he won the PFA Player’s Player of the Year award.

While in Australia the frontline personnel of the main media outlets are still overwhelmingly Anglo-white, with but few exceptions in SBS, it was Waleed Aly,  a presenter from a commercial TV channel who won the Golden Logie for the Best Presenter. The most significant feature of this award is that it is a publicly voted award, not decided by an elite group.

Although the bigots appear to enjoy the support of a certain minority, including some members of the government in Canberra, and they became quite hysterical over Waleed Aly and the Mayor of London, they are no longer forming public opinion.

Bigotry has not yet run its course however. The promotion of Ayaan Hirsi Ali as an authority on Islam by the ABC on its Q&A Program indicates that there are important influences which want to attack Islam and Muslims.

Michael Brull in New Matilda May 20, 2016 in an excellent article “Ayaan Hirsi Ali: The Acceptable Extremist ,” quotes one of her most notorious interviews in which she claims the West is at war with Islam, not extremists but Islam itself . This must have been known. They must also have known about her lies, well covered by Alternet News and Salon.  This was one occasion when Bolt praised the ABC.

The attempt by Minister Dutton to whip up anti-refugee fears for the election, was met with widespread outrage. Many leading citizens with refugee backgrounds came out in strong defence of refugees but despite this PM Turnbull gave him his unequivocal support.

Bigotry is beginning to fail as a political tool. That is a positive development which all people of goodwill welcome. 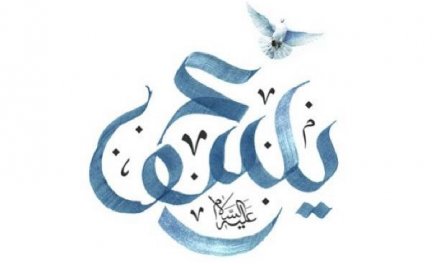