[accordion][acc title=”Background”]Maulana Motiur Rahman Nizami, the Ameer (Chief) of Bangladesh’s Jamaat-e-Islami party was executed just after midnight on Wednesday 11 May 2016 by the Bangladeshi regime of Shaikh Hasina Wajid. On 29 October 2014, he was sentenced to death by the sham “International Crime Tribunals” whose proceedings have been declared against the international legal standards by almost all global institutions including Amnesty International and Human Rights Watch etc. Maulana Nizami was elected to the Parliament for two terms (1991-95 & 2001-2006). He was the former Agriculture Minister (2001-2003) and Industry Minister (2003-2006) of Bangladesh. He was the Central President (1969-1971) of Islami Jamiat-e-Talaba Pakistan and the permanent Member of the Muslim World League (Rabita). Maulana Nizami was a Prominent Islamic Scholar & Author of 54 valuable books in different disciplines and was named as one of the top 50 Influential Muslims of the World in 2009 by USA based prestigious “the Royal Islamic Strategic Studies Center”. [/acc][/accordion]

This is a summarised version of an article, by Maulana Nizami’s son Dr Naeemur Rahman Khaled describing the family’s meeting  with him at the eve of his execution

Just before the Maghrib prayer on 10 May 2016, twenty six family members entered the central jail after passing through the crowds of journalists and security screening procedure. There we received the letter issued by the jail authority and it became clear to us that it was going to be the farewell meeting with my father. We were taken to the room of my father in the condemned cell.

My father was praying on a green prayer mat. He was reciting du’a in Arabic with clarity and softness. Mu’az, his 3-year-old grandson, climbed up the stairs and said, “Grandpa, we are here. Open the door”.

My dad finished his prayer calmly and stood up. Looking at us, he came near to the door and said, “You all came? Is it then the farewell meeting?” My sister emotionally said, “It may not be the last meeting if Allah wills otherwise”.

He shook hands with everyone from the other side of the bars. There was no sign of anguish or anxiety in his complexion. Who would say that soon he is going to be unjustly executed by the oppressive regime!

He made his position clear about mercy petition saying, “Jail superintendent asked me if I would apply for mercy petition after reciting the verdict of dismissal of the review petition. I replied that I did not commit any crime and there is no question of mercy petition to the President as seeking mercy implicitly means confession of the crime. Moreover, the Owner of the life and death is only Allah and I don’t want to lose my Iman by seeking clemency from any human being.

At that time, a highly emotional scenario was created there. My dad was advising everyone to be steadfast and patient over and over. I haven’t seen tears in my father’s eyes. Also, he never seemed like emotionless or rude. Rather, it seemed that a tranquil soul is waiting eagerly to meet his Glorified Lord.

All the family members except my mom came out for a while so that my father can talk to her alone in private. My mother was trying to give him courage and was stating the high status of martyrs in the sight of Allah. She added, “We will also testify to Allah that you were an honest and pious man. You never committed any crime.” On the other side, my dad advised my mom to play the dual role of mom and dad to all the sons and daughters after his demise. He stated: “You would find me in the personality of our sons and daughters”.

After that, we all entered that room again. My father gave us naseehah. He said, “All of you (siblings) will always live harmoniously, follow the path of Allah and His Prophet (s) and take care of your mother. You will find me in your mother. And also make sure that your mom finds me in you. Describe me to the people as you saw me. Don’t exaggerate. My age is 75 years now. Most of my colleagues and co-workers did not get such a long life and you got your father alive for a long time. Life and death is destined by Allah. If Allah wills me to die tonight, then I would have died even if I had stayed at home. Always be optimistic about Allah’s mercy and also be thankful to Allah.”

We took our children to him and reminded him that three of his grandsons were named after him and also sought his du’a  so that they can be like him. My dad replied, “I am praying for them so that they become greater than me, like the companions of the Prophet (s).”

He then told us a relevant story. Once a great alim (scholar) asked his son, “What is your aim in life?” He replied, “I want to be a great scholar like you”. Listening this, the scholar started crying. When he was asked the reason of crying, he said, “I wanted to be like Hazrat Ali (r) and now you can see the difference of knowledge level between me and Hazrat Ali (r). Now if you would want to be like me, and then think, how far you can go?”

Then he went to another topic of discussion. He urged us to convey his salam and  thanks to all leaders and workers of the Islamic movement and also sought everyone’s du’a so that his martyrdom is accepted by Allah.

He then raised both his hands for prayer along with us for about an hour on our request. He started with the praise of Almighty Allah and invoking blessings and salutations upon the Prophet (s) and then for the first 20 minutes recited the du’as taught by the Prophet (s), as he used to do throughout his life.

He also prayed, “Ya Allah, please accept this country for your deen and make this country peaceful. Save this country from murder, hooliganism, kidnapping and from imperialism.” He also made du’a for the development of the country. During the time of this very emotional prayer, my daughter saw tears in the eyes of some of the jail employees.

As a physician, I saw many deaths. I saw many people waiting for death while fighting with disease. I saw shadows of death in their face, the wish to live for one more second.  But, looking at my father in his last meeting with us, I saw a fearless heavenly man, waiting and preparing to meet his Lord.

All of us shook hands with my father before leaving. After getting out of the jail we left behind our living father to  prepare for his funeral.

The famous hadith of the Prophet (s) frequently came to my mind at that time: “Whenever you are afflicted with any calamity, remember the greatest catastrophe of losing me” (Ibn Majah). This Ummah has felt the pain of losing the Prophet (s), it can tolerate any other trial and tribulation. 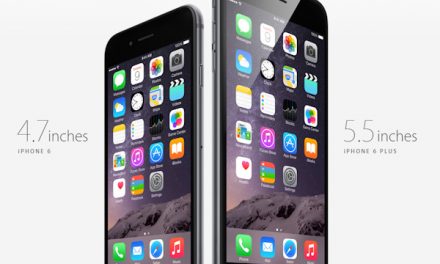