As I walked into the dazzling Sheikh Lotfullah Mosque, this security guard kept looking at me, with a very serious stare. When I was standing close to him near the entrance, he gestured to get my attention. And without words, he pointed out some spectacular to me. He told me to look up, to the dome, and the light from one of the windows casts a shimmering effect of a peacock. It was the most remarkable thing I have ever seen when looking up at a dome. He was very kind and sincere. At the Mausoleum of famous Persian poet, Saadi, I wondered down a staircase that led to an underground fish pond. It was a beautiful place. I looked down and saw a fish swimming, and then I notice the beautiful newlywed couple across from me. He served us as we dined in Tehran Bazaar. I was about to leave before I turned around, and decided to fight against being shy and asked him for a photo. He was a young guy and seem a little sad/unsatisfied with his life. These guys were deep in conversation at Imam Square, Esfahan. I totally just walked upto them, and asked if i could take a photo. The man on the left nodded and the man on the right shrugged. When I took the photo, they resumed their conversation, and that was the end of that. We constantly ran into school children at the same historical and cultural places in Shiraz. We were both there to learn and be inspired. An incredibly intelligent woman wishing to pursue a career and PhD in biology. 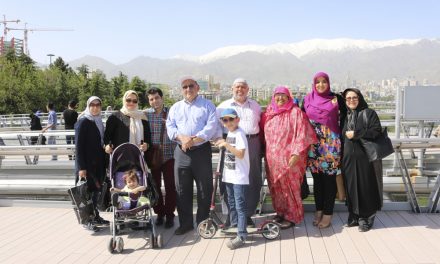 Travelling Around the World