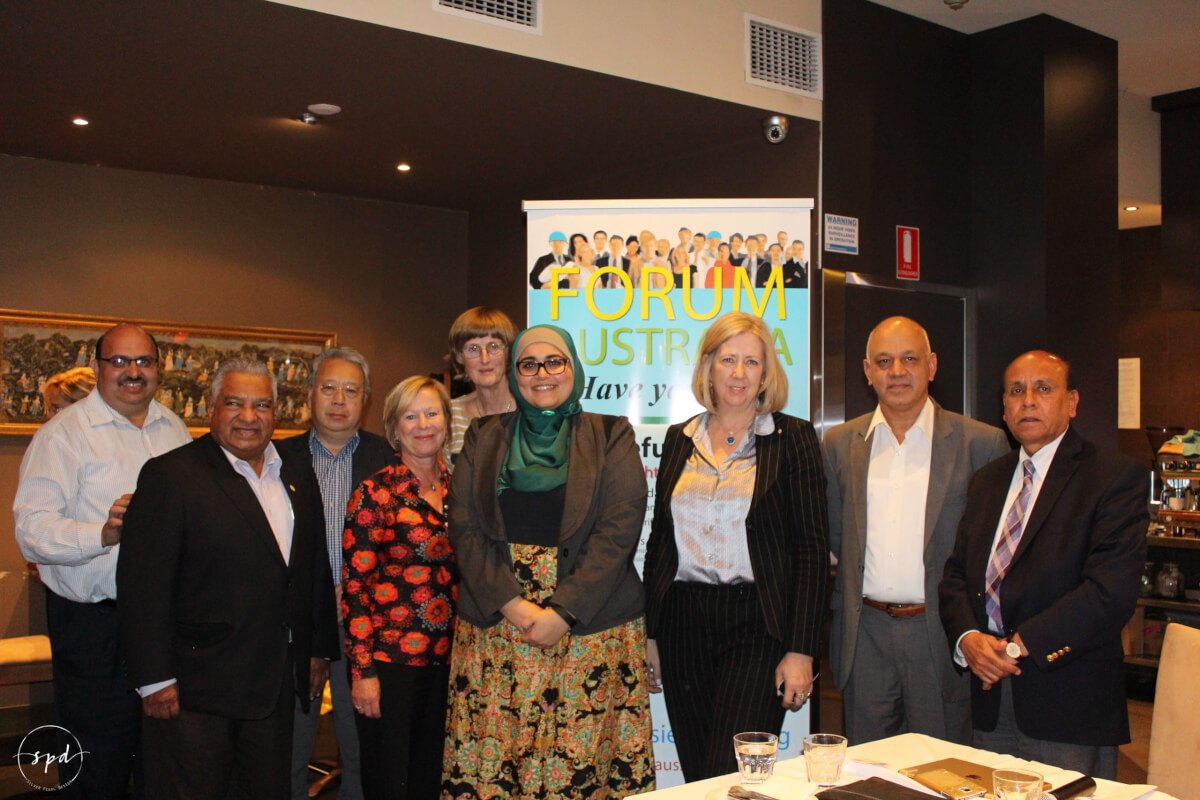 Key speakers gave their views on the plight of refugees to the Canberra community on Tuesday 26 April during a dinner at Taj Agra restaurant in Dickson.

Organised by Forum Australia, well known for organising forums and discussions for over ten years, the Forum sought to gain a variety of views on policies and programs in accepting and settling refugees as well as the current dilemma of off-shore detention.

This was particularly relevant as the Papua New Guinea (PNG) Supreme Court had ruled that detention of asylum seekers on Manus Island was illegal according the PNG law.

The speeches and questions were facilitated by Amne Alrifai, a popular blogger at unveiledthought.com.

Ms Berry, in a heartfelt and emotional talk, spoke of the shortfall of Australia’s response to the refugee crisis. 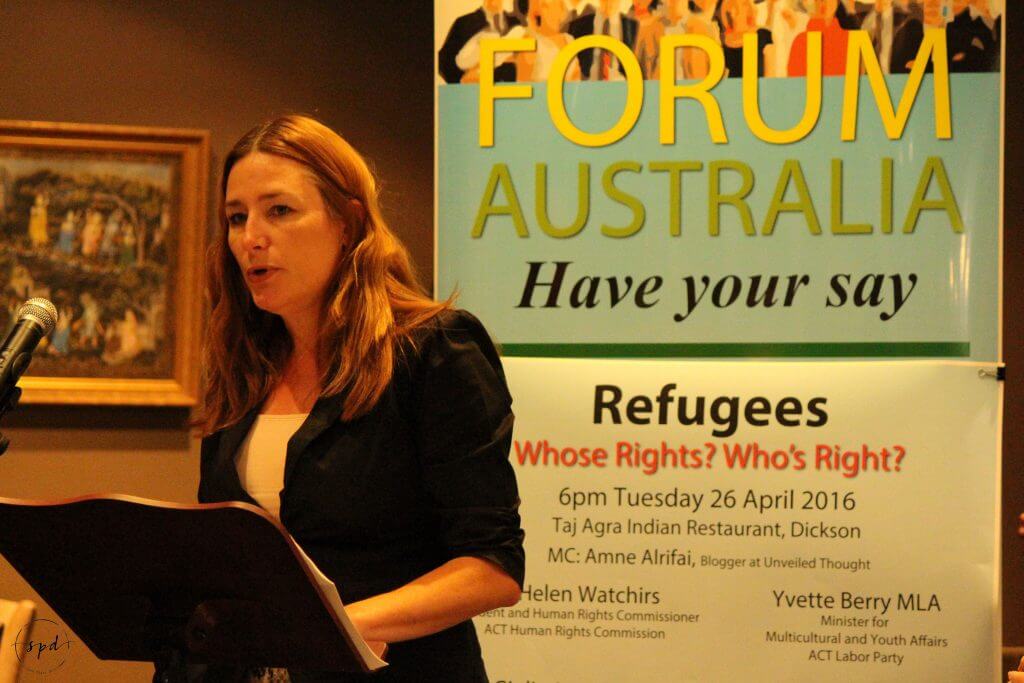 “For many of us there has been a confronting gap between where we are now on the issue of how Australia responds to some of the most vulnerable people,” she stated.

She continued to relate to the audience her experience with refugees and the amazing personal stories she had heard and how she was proud at how welcoming Canberra has been to refugees.

“There is no requirement under the UN Declaration of Human Rights to enter a country legally and under Article 31 of the Refugee Convention explicitly says it prohibits countries on imposing penalties on people for entering illegally,” she explained.

Veronica Wensign, the ACT Greens candidate for Yerrabi, asked the audience to put themselves in the shoes of those fleeing persecution and the experience they encounter at the hands of the Australian government.

“Why further punish an already vulnerable people for their actions when those same actions simply reflect our shared sense of humanity and fierce instinct for survival?” she asked.

The speeches were further complemented by input from Kanti Jinna, Vice Chairman of The Hindu Council of Australia, and Sam Wong, Chairman of Canberra Multicultural Community Forum.

immigration consultant, who summed up the government’s approach to processing refugee claims as “disgraceful.”

More information about this and other forums can be found at www.aussieforum.org.  Videos of speeches, questions and answers are provided below: 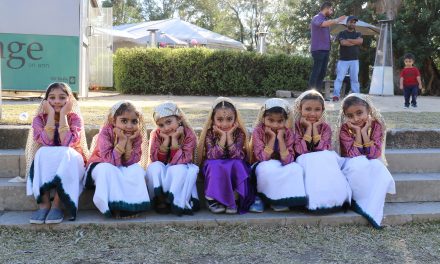