Canberra’s Muslims came out in force on Saturday 23 April to support the construction of the Gungahlin Masjid in Canberra’s north.

The Canberra Muslim Community (CMC) Fundraising Dinner at the University of Canberra saw at least 600 attendees turn up to raise over $400,000 for the construction of the masjid.

The struggle to establish the masjid has been a long one, thanks to an elongated challenge by a group calling itself Concerned Citizens who repeatedly challenged and appealed, on quite flimsy grounds, the ACT Governments approval for the masjid.  These challenges eventually were thrown out and the approval for the building remained valid.

The event was conducted by Mustapha Omari and commenced by the recitation of the Holy Quran.

Mainul Haque, the President of CMC and long time resident and active community member of Canberra, stressed, in the welcome address, that the masjid and the committee would be inclusive to all members of the Muslim community, would positively engage with its neighbours and the community and encourage women and the youth attend the venue and its events.

Mr Haq said that the masjid project had the blessing of the ACT Imam’s Council.

“They have given us their united, wholehearted support. May Allah reward them,” he said.

“Our goal is together to build a mosque for all of us but this needs your help,” he added.  This help, he clarified, could be financially or by lending expertise and assistance. Guests at the dinner listen to the speeches at the fundraising dinner.

Architect Jalal Anis presented the design of the masjid and update on the progress of construction.

Imam Adama Konda, member of the ACT Imam’s Council and Imam of Canberra Islamic Centre in Monash, in Canberra’s south, also lent his support for the construction.

Imam Akram Buksh, Director and Imam of Slacks Creek Mosque in Brisbane, and the main speaker of the night, then set hearts racing and stepped up the volume and intensity of the gathering by explaining the benefits of sacrificing money and effort in the building of the masjid.

He pointed out that you cannot take the new car or latest phone with you when you die but when you do good deeds and sacrifice for building a house of Allah, these deeds follow you to the day of judgement.

His inspiring speech translated into donation after donation and by the time he had finished the pledged total had gone beyond $300,000.

Hussain Goss, from the Gold Coast Mosque, conducted a jovial and upbeat auction that saw the donations rise higher and higher.

This was followed by a sumptuous dinner, donated by Taj Agra restaurant and then Isha prayer before wrapping up.

To support the building of the Gungahlin Masjid, you can donate online at: www.gungahlinmosque.org.au/donations 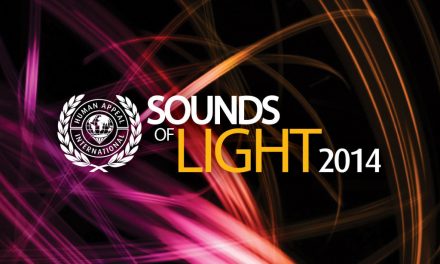 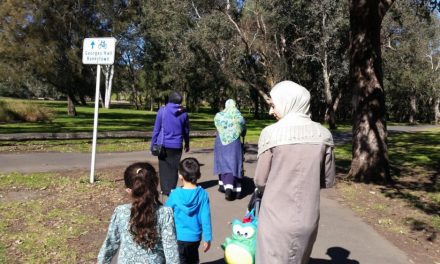