It is now thirteen years since Iraq was invaded by the USA, Britain and Australia, despite public opposition. Anti-war demonstrations of unprecedented size occurred across the world.

In Melbourne the march, in which I participated, was the largest one I have ever seen and I have attended many. Blair Labour and Howard Liberal, with the Bush Republicans, lied about Iraq’s weapons of mass destruction and took us into a disaster which is having ever widening repercussions until today.

The disbandment of the Iraqi military, undertaken by the Bush administration, created very disgruntled and highly trained enemies who could be expected to organize themselves in opposition to the occupation. Iraq, while under a tyrant, had remained free of the mercenary terrorists infecting Afghanistan. It soon witnessed sectarian oppression from the newly established Shia led government, resulting in Sunni discontent, quickly manipulated by the former Baath military and Al Qaeda offshoots, into armed insurgency. Suicide bombings and bloodthirsty militias reduced the country to chaos very quickly.

The rise of ISIS/Daesh, so extreme that Al Qaeda has denounced it and taken up arms against it in Syria, is one of the repercussions from this disaster 13 years ago. Many reports have dealt with the shadowy Baath party remnants which provide the administrative backbone of this terrorist militia. It uses its falsely constructed “Islamic” credentials to lure the alienated and mentally ill from Western countries and its ability to pay to attract the more mercenary minded from neighbouring regions.

Iraq and Syria are now both basket cases, threatened with dismemberment similar to that which heralded their creation by the Sykes-Picot Agreement during the First World War. Nearly two years ago Middle East Eye reported: “The widespread alienation of Sunni Arabs …and the Sunni rebellion of late, have raised the prospect of Iraq’s formal breakup into Shia and Sunni mini-states. That prospect comes with risks as well as opportunities, not only for Iraqi Kurds, but for the Kurdish population throughout the region, especially in Iran, Syria and Turkey.” [8 July 2014]

The support for Kurdish independence given by Netanyahu in 2014 was understood to support for a dismembered Iraq, Syria and possibly Turkey, which would be of benefit to the rapidly imploding and isolated Israeli state. A series of powerless statelets is just what is needed. Israeli Justice Minister Ayelet Shaked recently called again for the formation of an independent Kurdistan. “The Kurds are an ancient, democratic, peace-loving people that have never attacked any country,” she said, adding that economic cooperation should be on the forefront of any official ties. “It is time to help them.” [Times of Israel 20 January 2016]

An old political warhorse in Lebanon is warning anyone who can hear about what is happening. The leader of the Druze Progressive Socialist Party in Lebanon, Walid Jumblatt, was blunt.  “The Syrian Kurds’ announcement of a federal system of government is the beginning of Syria’s division…”  He added: “Yesterday it was Sykes-Picot Accord and today it’s Lavrov-Kerry.” He concluded with a warning: “As a reminder, when Sykes-Picot was put forward a hundred years ago, Turkey’s division was on the table as well. “

Turkey well remembers the Treaty of Sevres of 1920, which was never ratified but exposed the intentions of the European Allies for Turkey. It is a country which is extremely sensitive to such intentions of dismemberment and will resist them as it did before. The ISIS and PKK attacks on Turkey are part of this developing scenario. 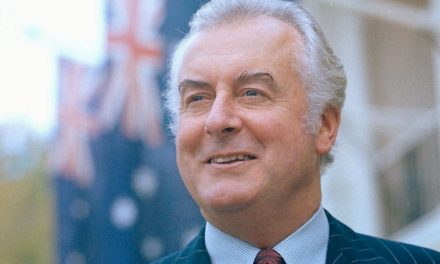 Beauty in the Oddity 2