Over 6.4 million people gathered on their PS4s, Xbox Ones and PCs to play the Open Beta for Tom Clancy’s The Division, classifying it as the largest beta for a new game brand on these platforms. (Ubisoft, February 2016)

The story follows from a smallpox pandemic which spread on Black Friday, and left the United States crippled and in chaos. You play as one of many sleeper agents who have been tasked to restore order to New York, and prevent the public from going out of control. While the story isn’t well-explained in-game, you learn it through general conversation with civilians and audio recordings. The game is set in the near future, with augmented reality assisting you with navigation through the post-apocalyptic streets of New York, planting mobile turrets, finding useful loot in crates, and much more.

The open-world RPG can be played alone or in a group of up to four agents, and was built for cooperative gameplay – teammates can use their skills to benefit the entire team, and each player can explore the city separately.

You’ll be desperate for teammates once you enter the “Dark Zone” – the huge PVP arena that pits you against every other player in the area. You’ll be searching for top-notch gear while constantly watching your back, and when you have to get them airlifted out of the area, you’ll have to defend the airlift zone (and yourself) as other players fight you for it. Ubisoft aimed to make PVP more inviting to players who were nervous about the competition, and they seem to have succeeded; you can choose how much trouble you get yourself into.

To top it all off, you’re able to customise how your character dresses, and everything from the cosmetic thick winter coat to the colour of your stat-enhancing holster can be seen as you swap gear and clothing. While most of the clothing is (understandably) thick jackets and beanies, there’s still plenty of variety in this category.

But of course, there’s a purpose to Betas: so that players can point out the faults and shortcomings. At the time of the beta, only two issues stood out; firstly, the buildings and streets can feel all too similar even in completely different areas, and the layouts of many apartment buildings are exactly the same. Secondly, the inventory mechanics aren’t explained well, and can feel clunky at times. Besides these minor annoyances, the game played smoothly – and even these issues may not appear in the released game.

Even for a beta, the open-world RPG was well polished, indicating that the full game will be even more so once it’s released, which is expected to be 9 March. The game can be pre-ordered for approximately AU$85. 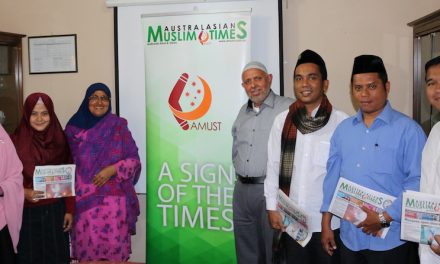