“9. Has not the news reached you, of those before you, the people of Nuh (Noah), and Ād and Thamud? And those after them? None knows but Allah. To them came their Messengers with clear proof, but they put their hands in the mouth (biting them from anger) and said “Verily, we disbelieve in that with which you have been sent, and we are really in grave doubt as to that to which you invite us (i.e. Islamic Monotheism)1

It expresses their remarks of objection. It is the denial of the message for the acceptance and action of truthful verdict. The situation becomes precarious that neither opposition camp denies with full conviction nor other opponents oppose it with correct argument. Hence all non-accepting person openly oppose it because of their absorbed in their vested interest; but the truth of the message by the Prophets affect the minds and hearts of everyone who hears it. This develops a sort of turmoil and confusion among the audience.

So, after starting to convey the new divine message/directive after Prophethood, the prophets were ousted by their communities. In principle they never participated in ongoing activities of communities. So the blame of the community on the prophets is a baseless plea.

Just through one thunderstorm could make their pomp and show  vanish. The wonder-struck industrial achievements, their vast empires and their manifested virtues as well as the welfare and precious achievements,  on which they had great pride, would totally vanish by the thunderbolt of the Day of Resurrection.  So in the life Hereafter, no particle of all these civilisations and activities will remain as an asset in the divine balance to fetch the recompense for themselves.

“Don’t you observe and apply your vision to decide whether this whole universe with the earth and heavens and their contents have been created and monitored by One Supreme Being or by chance without any Being of capabilities and intellect and wisdom. It is quite obvious that any event based on chance, fiction and day-dreaming not having reality and occurrence can never exist or establish a progressive management. There is no possibility of establishment and future progress.”

A person may question that if the scheme by Allah is the real truth why doesn’t every atheist and evil–doers become exterminated from his life. This is also responded in the verses 19 and 20.

“Do you envisage that it is difficult for Allah to terminate such persons. Or the persons are related with Allah and just because of family relationship Allah has given a latitude to them.  If it is not so and you know very well that it is not so, then you should also realise that a disbelieving and evil-doing community itself is well-aware of this bad occurrence with them. Hence they may correct to change their path. If there is today not an actual occurrence of this prophecy then the community should consider it a kind of respite and therefore they should correct themselves the earlier the better. “ 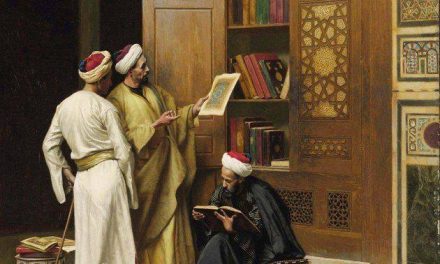