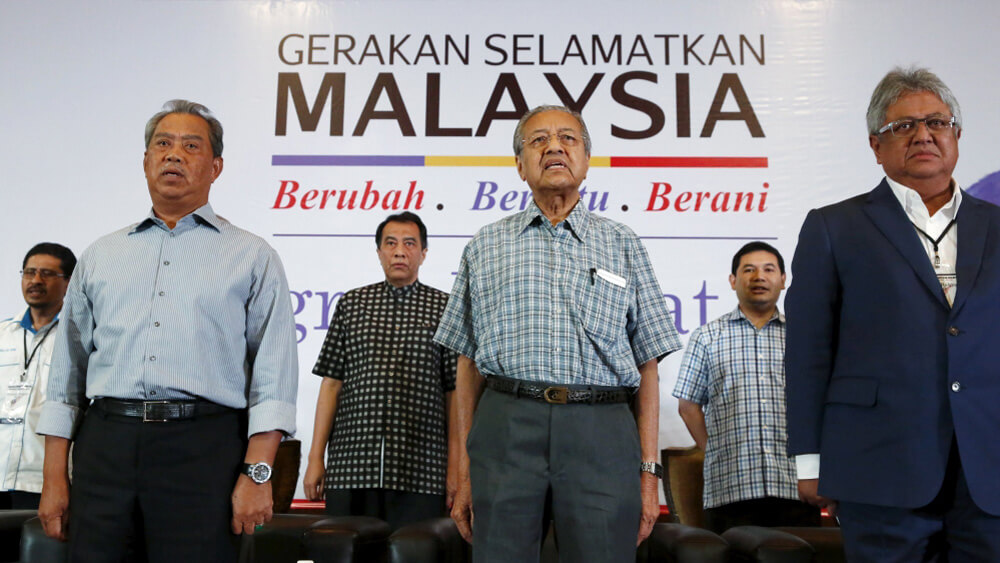 Malaysian opposition leaders as well as a number of ruling coalition leaders have joined hands to remove the Malaysian Prime Minister Najib Razak over allegations of entrenched corruption.

The call for removal of the PM is supported by the former PM and senior statesman Dr Mahathir Mohammad as well as the jailed opposition leader Anwar Ibrahim over the scandal involving one billion dollars.

The opposition movement leaders have petitioned the Malaysian royalty to help remove Najib Razak who seems to be clinging to power at any cost.

“We want the rule of law, and the actions of Najib have destroyed it. He no longer deserves to be the prime minister,” Mahathir said at the gathering attended by leaders from the ruling party, opposition and civil society.

Najib has been resisting since he was called on to resign in July last year, after it was revealed that one billion dollars turned up in his personal bank accounts that allegedly came from the state-funded 1Malaysia development fund.

He has denied any wrongdoing, claiming that the funds were campaign donations sent by Saudi Arabia. However the Saudis have denied any knowledge of these funds.

Swiss authorities have said that up to five billion dollars may have been stolen from Malaysian state firms, mainly 1MDB, and that they were investigating possible fraud and money-laundering.

So far Najib has clung to power by either removing his critics from his ruling coalition or intimidating them to remain silent.