Last month during an event organized by the Students Union at the prestigious Jawaharlal Nehru University in New Delhi, India, voices were raised against atmosphere of growing intolerance in the country under the current Hindu nationalist government, capital punishment of Kashmiri activists without due process of the law and the oppression of Kashmiris in the state of Jammu & Kashmir. A few protesters raised anti-nation slogans.

Sighting a British-era sedation law that carries a maximum sentence of life imprisonment, the Students Union leader Kanahiya Kumar was promptly arrested together with arrest warrants issued for a number of other students who subsequently went into hiding.

This was followed by a rally by students and teachers at the university and their public supporters to protest at what they say is an official clampdown on dissent by the Modi government.

JNU has been a hub of left wing groups for decades and they are often willing to confront right wing ultra nationalist groups who have become extremely noisy since the Hindu nationalist party BJP came to power.

Hindu extremist groups have repeatedly targeted minorities, specially Muslims and blamed even iconic Indian Muslims for their lack of patriotism.

As the debate and protests heated up due to incident in JNU, left wing student groups found an opportunity to counter right wing Hindu nationalists and their action prompted communist groups throughout India to come out in the streets.

Since division of India on religious grounds and the creation of Pakistan 68 years ago, Muslims who opted to stay in India for multiple reasons are expected by the Hindu nationalists to hate Pakistan as an enemy nation in order to prove their nationalist credentials.

Indian Muslims, although loyal to the Indian state, have close family links in Pakistan sharing common history, religious beliefs, linguistic ties and cultural lifestyle with their neighbouring nation. These links can not be simply erased.

Nationalism is originally the belief that a people who share a common language, history, culture, belief system should constitute an independent nation. Although majority of the population in the subject nations do share common culture and ideological/religious beliefs, but not the minorities.

In this contemporary world, with large movement of people between nations, there are large minorities living in all nation states whose rights need to be protected.

Minorities in general and Muslims in particular living in Western countries face difficult situation regarding their loyalty to the nation states. This becomes even more problematic as the West has colonized, exploited and waged war against Muslims.

In situations such as above, the concepts of nationalism becomes very complicated and needs to be reassessed.  People leave their own countries and migrate to other countries to seek better life. They do not go to other nations to seek new ideology or change their lifelong beliefs.

It is natural human instinct that we, humans, develop deep love and interest with our roots which includes the belief system, culture, food and lifestyle. Such human tendencies cannot be changed by force.

The extremists among the majority in nation states tend to define their own ideological thoughts as nationalism and impose them on the minority. In doing so they are acting against human nature.

As long as the minorities are obeying the laws of the land, paying their due taxes and living like good citizens, they should not be challenged further. Surely all such minorities should not act against their resident countries. However to harass them and force them to be patriotic under crisis situations is not justified.

In today’s free world, imposition of apostasy laws in extremely conservative Taliban like regimes face extreme condemnation throughout the world. Sedition laws of most of the countries are no different.

The concept of freedom needs to take the next step. The minorities should be allowed to be free from commitment to nationalism but be bound to common/civil laws which should exclude sedition.

A few Western countries have taken a few steps in this direction. Sedition laws were scrapped in Britain in 2010. Flag desecration is not illegal in Australia.

However there is a long way to go in redefining the concept of Nationalism suited to the contemporary world. 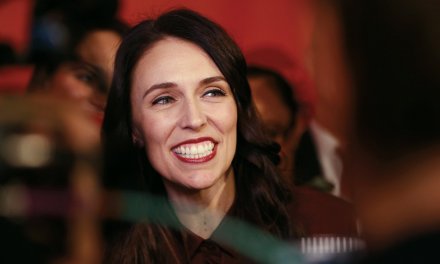