Today a number of extremist groups seem to have hijacked their religion in perpetrating prejudices, violence and atrocities in the name of their religion.

Ordinary masses seek peace and salvation in following their religions and practice their faith with varying degree of sincerity. Religious priests play their roles of leading prayers, teaching religion and managing their institutions. However, they do not represent religion in political arena which determines the larger interest of communities and nations.

Religions are being exploited by extremist activists who successfully exploit human sentiments of the followers of the religion to attain their own vested objectives. They often cite religious prophecies to justify their unlawful actions which seek violence against followers of other faiths and supremacy of their own cult.

Israeli Zionists wish to establish greater Israel to fulfil the Biblical prophecy which will include current Israel, Palestine, several Arab countries, most of Turkey, and all the land east of the Nile river.

Zionists have done their task most smartly by establishing great influence in corridors of power in important US institutions. They ensure that Israeli interests are safeguarded inspite of decades of gross human rights violations against people of Palestine.

Protestant Christian extremists believe that the gathering of the Jews in Holy Land and establishment of greater Israel is a prerequisite for the second coming of Jesus.

In India, extremist Hindus wish to establish a Hindutva state. According to their belief, a Hindu is one who was born of Hindu parents and regarded India as his motherland as well as the holy land.

The three essentials of Hindutva were said to be the common nation, common race and common civilisation.  Extremist Hindus believe that the nation of Bharat, with Hindutva ideology, had existed since antiquity and seek to restore it.

The two radically extremist Buddhist groups, Theravada in Burma and Bodhu Bala in Sri Lanka played a leading role in the rising tide of religious extremism that has led to hundreds of deaths in Sri Lanka and genocide of Muslims in Myanmar.

Anti-Semitism played havoc against Jews during the last century which believed in the so-called “two-seed” theory which considered Jews as children of devil. They also justified violence against Jews on the fact that Jesus was betrayed by the Jews.

However, the worst effected by religious extremism, in recent times, are Muslims.

The tyranny which West has inflicted on Muslim nations by repeated aggression and killing of millions of Muslims, resulted in rise of resistant groups around the world who took it as a religious cause to fight aggression and oppression.

These groups with limited resources were not able to wage conventional wars and gradually metamorphosed into violent groups looking for soft targets and in the process committing atrocities against civilians in an indiscriminate manner.

These terror groups claim atrocities with pride and that too in the name of Islam. Their actions have resulted in the loss of innocent lives overwhelmingly Muslims. Their actions have made contributed towards the development of Islamophobia where life of millions of Muslims, who live among non-Muslim communities, difficult.

The latest terror group ISIS who wish to establish a worldwide Caliphate claiming it to be the act of fulfilling a prophecy.   As a caliphate, it claims religious, political and military authority over all Muslims worldwide. According to their extremist ideology, non-Muslims should be subjugated and those Muslims, who do not follow their ideology, deserve to be eliminated.

It is difficult to differentiate between political ambitions and beliefs in prophecies of these extremist groups of various religions. All of them seek supremacy of their own people and subjugation of everyone else. 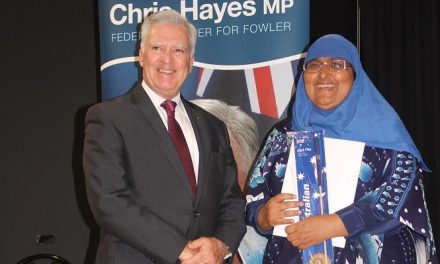