Over the last few years we had friends and family who had been on cruises in the past and the experiences were largely positive.  So we thought we would try it out.

As we had already planned on going for ‘Umrah at the end of 2015, our initial focus was the Winter Mediterranean market where prices and crowds (and temperatures!) are low.

Upon further investigation we came upon the 7 night Arabian Gulf cruise by MSC, an Italian cruise company which operates around the world.   The prices were reasonable and since we were going to be in the region, it would save us the cost and time of flying to Europe. MSC Musica docked opposite the Corniche at Khor Fakkan, UAE.

Our other hope was that, as the cruise was originating from the UAE, the food would be halal.  Our initial query (mid 2015) did not give us much confidence but when we pressed closer to the cruise date, they confirmed that the beef, chicken, lamb and turkey would be halal.  We confirmed this upon check in and then, when on the cruise, with the head chef (who was from Goa).

Note that pork and alcohol-based foods and drinks are served but because all foods are very clearly labelled, it is very easy to avoid those items.

The cruise left Dubai’s Port Rashid on Saturday 9 January and made its way to Abu Dhabi in the early hours, allowing the passengers to visit sights such as the Farrari World, Emirates Palace and the hugely impressive Sheikh Zayed Grand Mosque.  The late departure also allowed for things like the desert safari. For us it allowed us to have dinner with friends.

After departing Abu Dhabi, we spent the next whole day at sea which allowed us to explore the ship a bit more, reaching Khor Fakkan on Tuesday 12 January.  There we visited Al Badiyah Mosque which dates back to 1446 and is considered the oldest surviving mosque in the UAE. After visiting Fujairah Fort and Fujairah’s Sheikh Zayed Mosque, we had a picnic lunch at the corniche before heading back to the ship.

The next stop was Muscat, the capital of Oman where our Omani taxi driver, Amer Ali, took us to the Sultan’s Ceremonial Palace, the Sultan Qaboos Grand Mosque and the Mutrah Souq where his haggling skills came in handy!

After another restful night we woke up to find ourselves docking at Khasab, which is part of Oman but oddly on the other side of Fujairah on the Musandam peninsula.  There we went on relaxing and beautiful dhow cruise to the fjords.  During the cruise, which took approximately three hours, we had close encounters with dolphins as well as swimming and snorkelling opportunities with fish.

We then returned to Dubai on the cruise on the morning of Friday 15 January which allowed us to pray Jum’ah there as well as meeting some friends and relatives. Our checkout was on the morning of the 16th. However we had to have our luggage packed and put outside our cabins by 11pm the previous night.

All in all it was an enjoyable cruise.  It was good value considering the food was all-inclusive (and largely halal).  The only catch here was that drinks were extra and if you wanted to go to a speciality restaurant (eg Sushi), you will have to pay more.  However, we didn’t find the costs exorbitant. 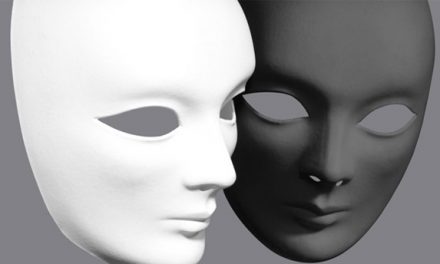