Prof Khalilullah  together with his wife Dr Anita Khalil, a paediatric cardiologist stopped in Sydney for a couple of days on their return back to India after attending Asia Pacific Heart Rhythm Society Conference held on 19-22 November in Melbourne.

In his unique entertaining presentation during the symposium, Prof Khalilullah described “your heart simply as an incredible pump that in contrast to other organs of the body never takes a rest”.

While reciting some poetry associated with the heart, he admitted that during his five decades of dealing with heart as a cardiologist, he has not found any physical evidence of romanticism that has been attached to this organ by poets for centuries.

Prof Khalilullah, with the help of slides elaborated on his pioneering efforts in the field of electrophysiology in India that was employed in order to treat complex diseases of the heart and avoid surgical interventions. Prof Khalilullah, an experimental electro-physiologist, cardiologist and academic was attached with the top medical institution in India, All India Institute of Medical Sciences, AIMS and has taught and worked in North America, UK, Europe and many other parts of the world.

He is the inventor of Indigenous Khalil-Mendez pacemaker that was marketed for merely 1200 rupees affordable by common Indians. He has also authored a textbook of physiology with a price easily affordable by Indian students.

He is the recipients of many awards including the Indian Presidential awards Padam Shri and Padam Bhushan for his pioneering services.

He visited Sydney on request by Dr Parwin Faiz and others who have known him over the years including Professor Qazi Ashfaq Ahmad and Mr Zafar Siddiqui.

The event was supported by a number of community organisations and help provided by a dedicated team of Individuals. 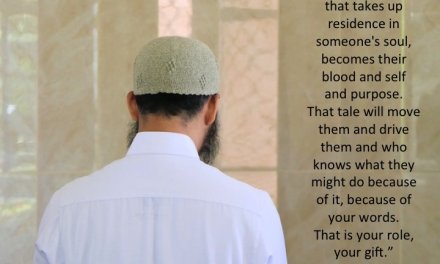 What kind of story will you tell today?