Website opens a window on freedom from forced marriage

My Blue Sky, Australia’s first website dedicated to forced marriage prevention, information and legal advice was launched on Wednesday 25 November 2015 marking the International Day for the Elimination of Violence Against Women.

An initiative of Anti-Slavery Australia, the only specialist legal research and policy centre of its kind in Australia, based in the Faculty of Law at the University of Technology Sydney, the site has been funded by the Commonwealth Attorney-General’s Department.

My Blue Sky aims to educate, raise awareness about and offer advice to people in or at risk of forced marriage. The website includes a free national legal service provided through e-mail and text to assist people at risk of or in a forced marriage.

It provides information about forced marriage, including the law in Australia, the difference between forced and arranged marriage, safety planning, referral organisations and available support services.

The site is accessible to a wide range of people following extensive national community consultation and includes dedicated pages for young children and teenagers; teachers and health professionals; as well as a page for those who are worried about a friend who may be forced to marry.

There is also important contact information for people who may be travelling overseas and are concerned they will be forced to marry once outside of Australia, as well as those who may have already been taken overseas.

Translations are available for parts of the website into six languages with links to the Forced Marriage Community Pack produced by the Commonwealth Attorney-General’s Department.

“People facing forced marriage may only have one opportunity to reach out for help,” said project manager and lawyer Joanne Wilton. “We chose the name My Blue Sky to symbolise freedom… a rising above circumstances, a bright future and the fact that help is within reach.”

The Minister for Justice, the Hon Michael Keenan MP stated “Forced marriage is an insidious and hidden crime. It is a slavery-like practice, an abuse of fundamental human rights and there is no place for it in Australia.”

Anti-Slavery Australia Director, Associate Professor Jennifer Burn, said the website will provide a much needed portal for those seeking help.

Signs that someone is in or at risk of forced marriage

For 24/7 information about forced marriage go to www.mybluesky.org.au

For confidential advice or help during operating hours (9am to 5pm, Monday to Friday) you can:

Connect with us on social media at

In an emergency, call the police on Triple Zero (000)

If you are concerned about being taken outside of Australia to be married, or you are in or at risk of forced marriage, you can contact the Australian Federal Police by calling 131 AFP (131 237). Contact can be made anonymously. 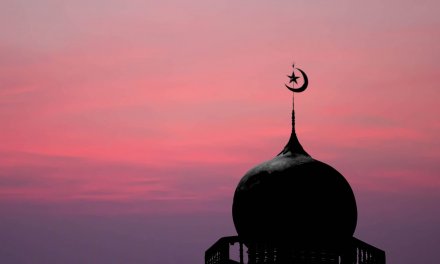