It was a breath-taking event where for five days, religious leaders, activists, and people from all walks of life, convened at Salt Lake City, Utah, USA to inspire and to be inspired at the 6th Parliament of the World’s Religions held from 15 -19 October 2015.

The sights, sounds, and warmth of over 10,000 people representing 80 countries and about 50 religious traditions hosted at the Salt Palace Convention Center were riveting and transformational.

“Dear sisters and brothers, with the permission of the indigenous community, the original people of this land, with love in our hearts, compassion in our minds and smiles on our faces, to reclaim the heart of our humanity, I declare this 6th Parliament of the World’s Religions open,” Imam Abdul Malik Mujahid said as he inaugurated the Parliament.

These remarks set the tone for the rest of the five days packed with inspirational conversations and enlightening encounters with thousands of brothers and sisters in humanity, who gathered for one purpose: To understand each other and build bridges of love, trust, and harmony in an increasingly chaotic and violent world.

Founded in 1893, the Parliament of the World’s Religions is the oldest, largest, and as of 2015, the most inclusive gathering of people of all faiths and traditions from around the world.

The 2015 Parliament featured a master class of today’s most influential leaders including Nobel Peace Prize laureates, religious leaders, global thinkers, scientists, and interfaith and environmental Activists from around the world.

The most critical topics addressed by delegates in both speeches and plenaries were Climate Change and Care for Creation, Women’s Dignity and Human Rights, Income Inequity and Wasteful Consumption, War, Violence and Hate Speech, and Indigenous Communities.

Muslim Presence at the Parliament

What makes the 2015 Parliament of the World’s Religions extraordinary is the Muslim presence and participation.

Thanks to the efforts of Imam Abdul Malik Mujahid, who is also the President of Sound Vision, as well as Prof Ahmadullah Siddiqi, Imam Musa Azam, and Janaan Hashim from Sound Vision, the Parliament pulled a record number of Muslim attendees, speakers, and plenaries. More Muslims attended the Parliament than Catholics or Mormons. 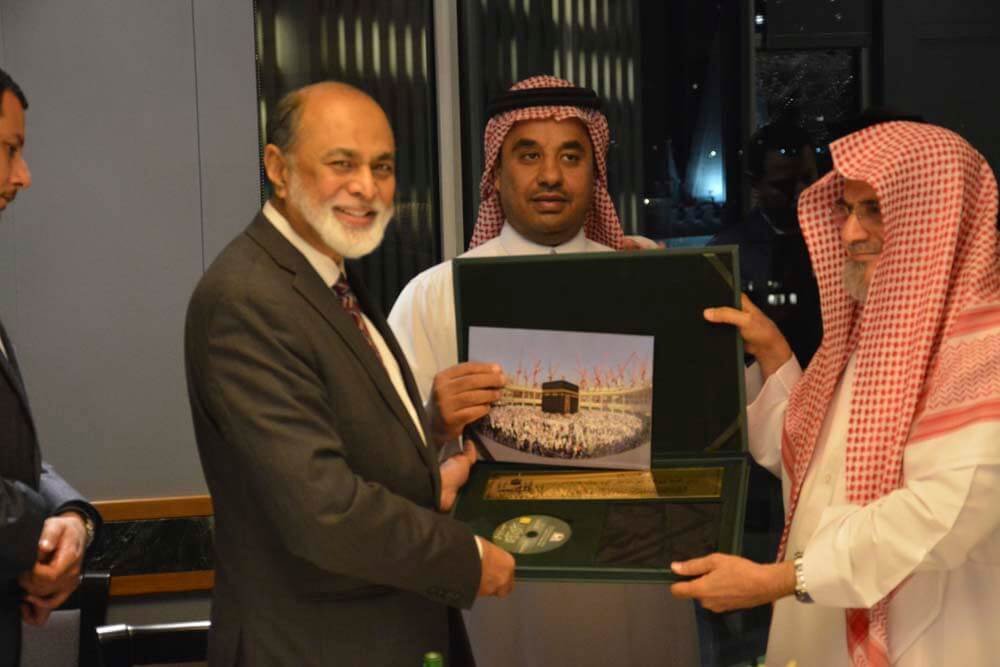 Imam of Kaaba presents Imam Mujahid a piece of the cover of Kaaba as a gift.

The engagement of these Muslim intellectuals and presenters at the largest conference of interfaith and peace spoke volumes. It spoke louder than words.

Parliament 2015 also featured a number of Muslim-themed plenary sessions, considering that Muslims are at the receiving end of the rising Islamophobia and the brunt of war, terrorism, and poverty globally.

Moreover, Sound Vision and Burma Task Force booths in the Parliament’s bustling bazaar served as a welcoming hub to everyone on behalf of the Muslim community.

Taha Ghayyur is a Toronto based Muslim leader and Manager of Development at Sound Vision having produced “Adam’s World”.