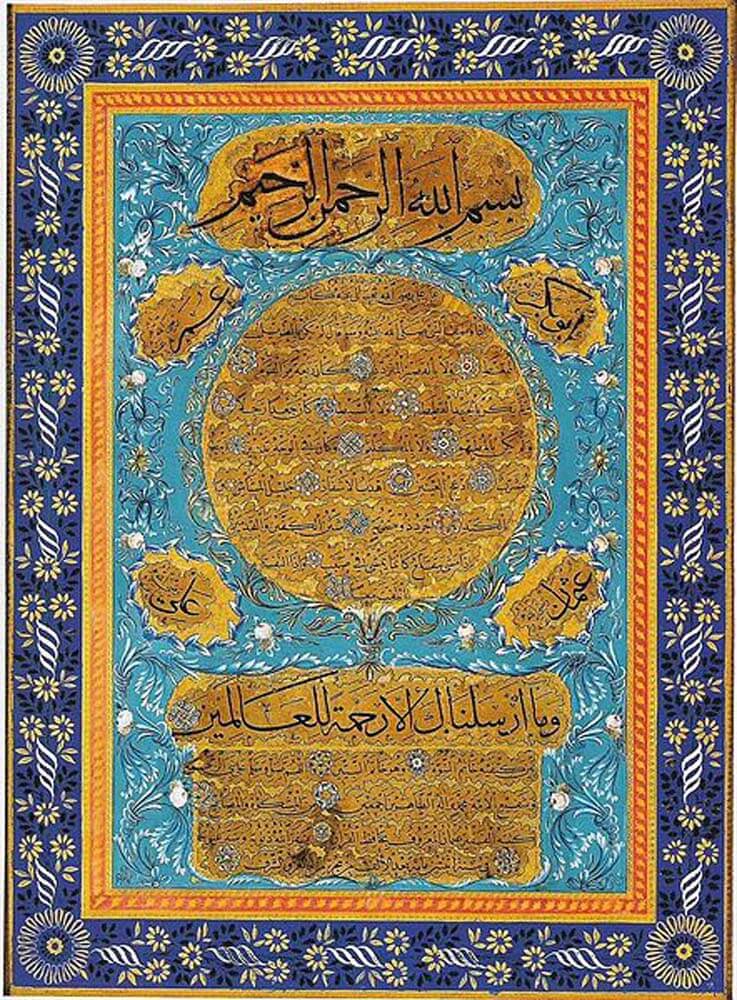 With Prophet Muhammad (s) being so central a figure in Islam, it would be natural for generations of Muslims to have had a desire to depict him artistically.

However, all four Sunni schools of Islamic jurisprudence have strict prohibitions on visualizations of the Prophet. As a result, Muslim artists had to find alternate methods of depicting Muhammad (s) through calligraphy.

In the Ottoman Empire, an art form known as the hilye developed. It combined hadiths that described the appearance and character of the Prophet (known as al-Shama’il al-Muhammadiyya) collected by Imam al-Tirmidhi (824-892 CE) with thuluth style calligraphy, the most prominent form of calligraphy in the Ottoman Empire.

The most common form of the hilye was produced by the great Ottoman calligrapher Hafiz Osman Efendi (1664-1698 CE). The description of the Prophet (translated below) adorns the center of the canvas, usually in a circular or crescent shape.

It is bounded by the names of the Prophet’s (s) closest companions and the first four caliphs: Abu Bakr, Umar, Uthman, and Ali. At the bottom of the panel would be verses from the Quran and the artist’s name and date. This style of hilye became the standard, emulated by generations of Ottoman calligraphers.

The standard description of the Prophet (s) used in hilye’s came from his cousin and son-in-law Ali ibn Abi Talib and was recorded by Imam al-Tirmidhi. Below is an English translation of it:

“Transmitted from Ali, may God be pleased with him, who, when asked to describe the Prophet, peace be upon him, would say, “

He was not too tall nor too short. He was medium sized. His hair was not short and curly, nor was it lank but in between.  His face was not narrow, nor was it fully round, but there was a roundness to it. His skin was white. His eyes were black. He had long eyelashes. He was big-boned and had wide shoulders. He had no body hair except in the middle of his chest. He had thick hands and feet. When he walked, he walked inclined, as if descending a slope. When he looked at someone, he looked at them in full face. “Between his shoulders was the seal of prophecy, the sign that he was the last of the prophets. He was the most generous-hearted of men, the most truthful of them in speech, the most mild-tempered of them, and the noblest of them in lineage. Whoever saw him unexpectedly was in awe of him. And whoever associated with him familiarly loved him. Anyone who would describe him would say, ‘I never saw, before him or after him, the like of him.’ Peace be upon him.” 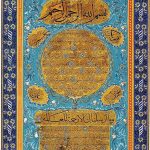 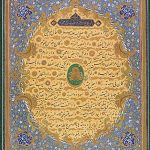 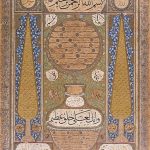 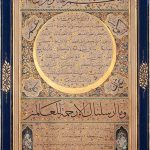 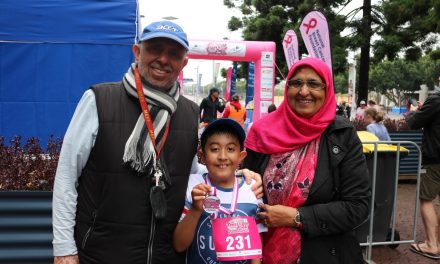