Tony Abbott’s call for a ‘religious reformation in Islam’ included at its core the claim: “All cultures are not equal and, frankly, a culture that believes in decency and tolerance is much to be preferred to one which thinks that you can kill in the name of God, and we’ve got to be prepared to say that.” Quoting as an authority President al-Sisi of Egypt he said that Islam needed “a Reformation, an Enlightenment, a well-developed concept of the separation of church and state.” [The Australian 8 December 2015]  He seems unaware that there is no Muslim church.

The separation of church and state and the “Enlightenment” are hardly what Abbott is about. The hypocrisy of his statement is breathtaking. He and Cardinal Pell both see B.A. Santamaria as their mentor.

In the Jesuit publication Eureka Street, Paul Collins wrote: “Essentially Santamaria embraced a form of theological integralism which sees everything in the world as tainted unless it is ‘integrated’ or brought into the orbit of Catholicism. Integralism assumes that the Church has an unchallengeable, complete and accessible body of doctrine that gives guidance in every possible eventuality — social, political, strategic, economic, familial and personal. …ImageIntegralism has much in common with Italian Fascism, Franco’s Spain or Salazar’s Portugal. It is also at odds with the Vatican II Declaration on Religious Freedom: ‘Freedom means that all are to be immune from coercion … in such wise that no one is to be forced to act in a manner contrary to his own beliefs.’ It is a real threat to democracy and to the freedom that Catholics have to make their own decisions on a whole range of issues, particularly political.”  [17 August 2010]

Hal Wootten, QC and emeritus professor of law at the university of NSW, summed up how many of us felt in the Canberra Times [11 December]. “How ironic and embarrassing that Tony Abbott, of all people, should present himself to the world as our champion in defence of the values of the Enlightenment, of the reformation, and “Western civilisation” generally. For years we have squirmed with discomfort and sometimes shame as he trashed or mocked these values, first as leader of our national opposition and then as official leader of the nation.”

For centuries the political streams in Western civilisation have been categorised as reactionary, conservative and liberal. Historically the reactionaries, the Tories, supported divine right monarchy, religious intolerance and aristocratic privilege. Tony Abbott with his NCC supporting background, his restoration of knights and dames, his ridiculous knighting of Prince Philip, and his denigration of Islam fits the Tory category.

Fear campaigns and anti-Islamic bigotry have been part of the political armoury of the Tories for centuries. In opposing the trend of public opinion towards religious toleration, the seventeenth century Tories claimed  there was  an international conspiracy  between radical Protestants and Muslims.  Allegedly, these infidels plan to overthrow Christendom, renew the English Civil War, and welcome an Ottoman invasion. As late as 1693 the call for toleration was portrayed as a path which would result in the destruction of the royal family, the ruin of the Protestant religion and the civil liberties of England.

Religious toleration is of course part of the Enlightenment. We see that the Tories were terrified of it and we can see that fear still reflected in the attitudes of Abbott and the extreme right. Anti-mosque movements illustrate their hostility to freedom of religion. Some of the LNP politicians are no doubt opportunists getting onto the bigot bandwagon, but some are true believers. Abbott is most likely one of them.

The constitutional monarchy, with which we still live, is another fruit of the Enlightenment.  The Tories supported the succession of James II, a Roman Catholic, and a believer in the divine right of kings. The Whigs and their allies, who demanded he be excluded from the monarchy, were portrayed as allies of the subversive Protestant rebels in Hungary who supported the Ottomans against the aggressive Catholic divine right Hapsburgs. The Tories were thus claiming that the notion of constitutional monarchy being supported by radical Protestants was “…founded on Islamic innovation rather than Christian tradition.” [Garcia,  Humberto. Islam and the English Enlightenment 1670-1840.  p.51].

The Tories and their minions calling for an “Islamic Enlightenment” are probably unaware of their own history and ignorant of the role played by the “Protestant Mahometans” in the achievement of these two great pillars of our modern system – religious freedom and constitutional monarchy. That is the result of a shallow education system and a narrow “Western world” orientation in thinking. Educated Muslims need to inform them of what happened. 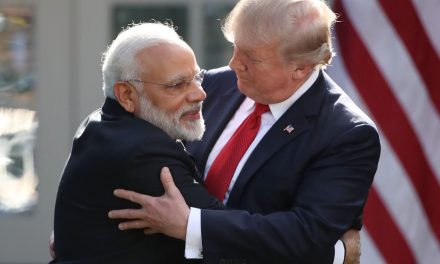