Have you ever walked away from a 7 month old baby you felt needed you and the love you could give him? I’m not a mother but that hurt was so real to me as I had to let him go after holding him for two hours and hand him over to carers that did their best to fill the void only a mother can fill.

Every morning before I arrived at the Syrian orphanages and every afternoon leaving the children, I passed by a very run down shop with a man who sat behind the counter always with his head down almost invisible as he was surrounded by swarms of people.

The shop caught my interest as every day people would line the streets outside this shop with yellow papers in their hands from dawn to dusk. Just waiting. The hot summer conditions having no effect on their patience.

Curiosity will eat at you until it is fulfilled. There were so many people on the road I had to squeeze my way through. People were guarded, almost territorial, not much information was being released.

As though I presented as a threat to their survival. Through pieces of information gathered through various conversations, I put together that the shop front was run by a retired policeman who gave up his time to distribute donations to the Syrian refugees provided to him by the surrounding Turkish community.

People stood in these lines until the aid ran out, which on some days was as early as midday. The situation was so desperate that they would begin to line up about 1am and wait for the shop to open by 9am. For something that was not guaranteed.

This is the day in the life of a refugee family, a day of uncertainty.

In an area absent of playgrounds, green parks and spacious backyards where children are free to explore their world in a safe and stable environment, they were surrounded by a destitute land built on piles of rocks and rubble left over from abandoned buildings.

Somewhere beneath the rubble a deflated soccer ball is found and kicked around by a group of young children which progressively becomes larger as hours pass.

This illustrated that the children’s imagination was very much alive. Even a destitute land and a flat ball could not discourage the innocent spirit of these children.

In the adjacent city to this one, a woman with four children resided in a run-down home. Her husband passing away as a casualty of war, meant that she now became the breadwinner of the family in a city that held onto traditions.

Unable to find sustainable work, she was held upright by the community who on occasion would get together and pull out every dollar from their pockets to reach the rental payments of her home.

Acts of altruism are what kept this community banded together…

This is Part 2 of a series. Fatima Al-Sibai travelled to Turkey for one month to be a Syrian refugee aid volunteer living on the border of Turkey and Syria. She brings with her stories of her vivid experiences. 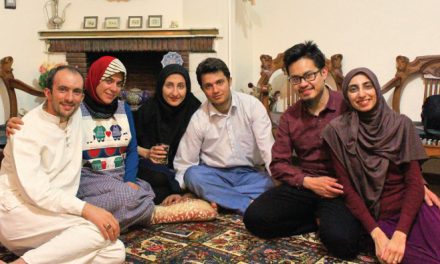 The Wayfarer Diaries – My Couchsurfing Experience