The desperate acts of violence that have erupted over the past few weeks in Jerusalem and across the occupied West Bank – mostly in the form of random stabbings and acts of violence against any Israeli anywhere – do not denote evil on the part of those responsible; instead, such desperate acts reveal the extent of the despair which the Palestinians have endured and continue to endure as a direct result of their oppression. Theirs is an extreme but understandable response to the brutal negation of their dignity, rights, even humanity at the hands of a state that has never viewed them as anything other than an inconvenient fly in the milk of their pure ethno and religiocentric state to be crushed and crushed repeatedly.

The wanton, systemic, and systematic cruelty endured by an entire people follows the egregious logic of the campaign of ethnic cleansing that gave birth to Israel in 1948. It describes a moral sickness that, if anything, has grown increasingly acute in the decades since.

A Third Intifada is incontrovertible evidence of the abject failure of the international community to impose a just settlement for a people whose abandonment is a crime, consigned to a fate akin to the Australian aborigines and Native Americans, with the best they have long been expected to expect life on a reservation.

The Palestinians’ stubborn refusal to accept such a fate, even in the face of brutal and unremitting pressure to break, describes a level of sustained tenacity that has been Herculean in scope. For as ugly as their resistance has been, it is nothing when compared to the oppression that has given rise to it.

Terrorism and terrorist are the most value-laden words in our language today. We use them to identify the violence of those we revile and whose cause we consider unworthy and unjust. As such there is not such thing as a Palestinian terrorist or Palestinian terrorism. What there is, and in abundance, is Palestinian desperation and Palestinian despair. Attacks carried out against Israeli civilians are an awful thing; however for a people who’ve been consistently denied their own humanity they have become the only thing left by which to command the attention of an international community whose silence is a lethal weapon in the hands of their oppressor.

BDS is the greatest and most effective weapon in the arsenal of international solidarity with the Palestinians. From small and marginal beginnings in 2005, BDS has grown exponentially to the point where it now strikes fear in the breast of Israel and is the only international lifeline that the people of Gaza and living throughout the West Bank have to hold on to. Its continuing growth and effectiveness is therefore a non-negotiable condition of the struggle against both Israel’s intransigence and the West’s hypocrisy, without which the status quo would have ended a long time since.

We have passed the stage where objectivity is an acceptable response to apartheid, ethnic cleansing, and the monument to injustice erected in the name of exceptionalism. The cause of the Palestinian people is the cause of humanity in our time.

The rotten soul of the Western political establishment is never more exposed than when it comes to the issue of Palestine. It is here where the hypocrisy, double standards, and political cowardice that is its truth is at its most extreme.

Bad enough that the Palestinian people have been forced to endure a decades-long negation of their human, natural, and national rights; the injustice they have suffered is compounded tenfold by the complicity of the West in denying their rightful status as an oppressed people struggling against a cruel and vindictive oppressor. Stripped of all of the embroidery and obfuscation that has been allowed to distort the contours of this struggle, here lies the root of the issue and the biblical suffering that has and continues to flow from it.

In this regard we must give thanks to Malcolm X for washing the bullshit from our eyes: “If you aren’t careful the newspapers will have you hating the people being oppressed, and loving the people doing the oppressing.”

Make no mistake, the political mainstream and its media echo chamber know exactly what is going on in Palestine, and they are well aware of its root cause. Yet, regardless, they continue to provide Israel with their unstinting and unwavering support. Even more, they genuflect at the feet of this apartheid state. 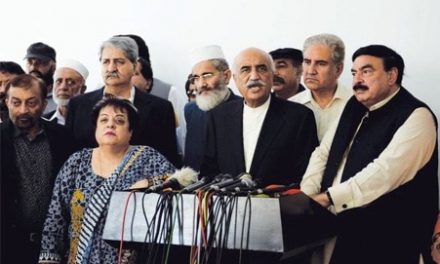 Nawaz Sharif disqualified to be PM of Pakistan 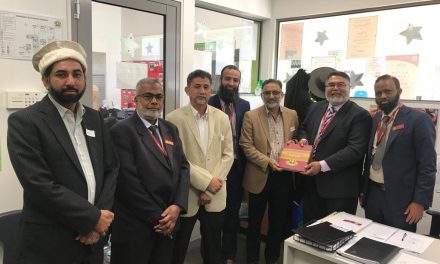