Once again we are confronted with an anti-Muslim group struggling to make the headlines namely the Australian Liberty Alliance or ALA.

They even invited the Dutch politician, who Anders Breivik, the Norwegian mass murderer deeply admired according to his manifesto “2083: A European Declaration of Independence.”

What Breivik particularly admired was Wilders demand that the constitution be rewritten to outlaw the “fascist” Quran in the Netherlands.

At the secret launch of the Australian Liberty Alliance in Perth on Tuesday 20 October, Wilders warned of the dangers presented by some migrants.

He was more circumspect in Perth than in the Netherlands, only urging that we should close our borders to “those kinds of immigrants.” According to Calla Wahlquist “’Those kinds of immigrants’ are Muslims. Opposing Islam is the central tenet of Wilders’ Party for Freedom, which has been leading the polls in the Netherlands since August. It is also the key policy of the Australian Liberty Alliance (ALA), the new party that Wilders flew to Australia to launch.” (Guardian 21 October).

Calling on Australia to stay strong and “stay Australian without the appeasement and giving in to multiculturalism,” Wilders believed that the new party would get a lot of support.

“That’s the hope of Debbie Robinson, the president of the ALA and newly announced 2017 Senate candidate for WA, who addressed the media before Wilders arrived.

With her were Kiralee Smith – the founder of Halal Choices, a group opposed to halal certification on the grounds that it funds Islamist extremism – who will stand as the ALA’s Senate candidate in NSW, and Bernard Gaynor, who will run in Queensland. Both have built a public profile on the back of their opposition to Islam.”

The ALA has a very interesting website http://www.australianlibertyalliance.org.au/ in which it quite clearly proclaims “It is our core policy that all attempts to impose Islam’s theocracy and Sharia law on our liberal society must be stopped by democratic means, before the demographic, economic and sociopolitical realities make a peaceful solution impossible.”

The implied threat of recourse to “non-peaceful solutions” should be of concern to our national security authorities.

The booklet released by the Commonwealth Attorney-General’s Department “Preventing Violent Extremism and Radicalisation in Australia” (which can be easily downloaded) in the section “What is radicalization?” states:

The type of hysteria being incited by anti-Muslim bigotry has already led to a prominent NSW lawyer, being threatened by an avid Reclaim Australia supporter. The individual has been charged with threatening to slit the lawyer’s throat, kill her family and kill “your uncle which is now your husband.” (SMH 4 August 2015).

A Facebook post from a member of the Australian Defence League 3 October 16:29 contains the statement “I think its time for an eye for an eye. So let the Lone wolf attacks start on Mosques and the Imams.”

Lavin Eskandar, a teaching assistant, placed himself in front of the killer to save the children behind him. Ahmed Hasan 15 from Somalia, was also slain. Police chief Niclas Hallgren said “We can confirm that this was a racially motivated hate crime partially because the man chose his victims based on the colour of their skin.”(BBC World News 24 October).

There is a clear and present danger to the security of the Muslim population in Australia from the rise of completely unchecked religious hatred. The propensity for violence of these groups was illustrated by the request from the police in Cooma that an animal rights demonstration be cancelled due to threats for the United Patriots Front in that town. The UPF leader was issued with a family ticket from a grateful circus. (Age 23 October).

A similar blind eye from our national security bodies was cast upon the military training and terrorism of the Ustasha in Australia in the 1970s. Hopefully this sort of political bias will not be repeated. 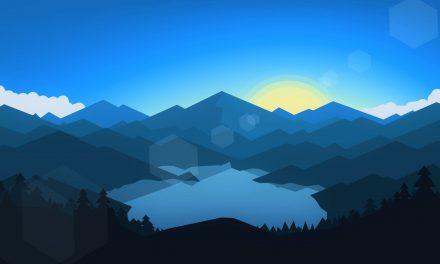 Where the pyramid tents are hued in purple and gold