The removal of Tony Abbott, the backward looking Cold War warrior and disciple of Cardinal Pell and BA Santamaria, was met with relief across the nation.

The preparedness of the Prime Minister to endorse the ethnic cleansing of 30,000 year old First Nation settlements in Western Australia, his protracted silence on the booing of Adam Goodes and the very tepid statement he made on that issue, worried not just the Aboriginal community.

His stony silence on the reclaim Australia rallies and the emergence of neo-Nazis with their swastika tattoos on the streets, denouncing Muslims and the important halal meat trade, gave grave concern to the Muslim community and a significant section of the business community.  The repeated attempts to whip up fears on national security issues when the polls got bad and his exaggerated claims about the danger of Daesh/ISIS coming to get us, meant that his 10 flags speeches were increasingly met with derision. If there really was national security crisis, no-one would have believed him.

The Saturday Paper editorial of 19 September “Kicking the Abbott” commenced with “It is no exaggeration to say Tony Abbott is the worst prime minister Australia has had. To the extent that his brief and destructive leadership of the country is remembered, it will not be remembered well.”  It described his prime ministership as “an experiment that failed.” “He is proof that Australia cannot be governed from the far right, just as it cannot be governed from the far left. He was the last hope and final holdout of a group of people wishing desperately against a modern Australia.”

Malcolm Turnbull is well regarded in the community and has now confronted the ALP and its unpopular leader with a real problem. The Canning byelection victory, after the defeat of Abbott, has made the ALP leader the central political issue. Muslims were impressed by Turnbull’s attitudes to Islam, as expressed on Q&A, and his apparent willingness to embrace diversity. Although the Trade Union Royal Commission is tainted by the political connections of the Commissioner, Shorten’s evidence left many doubts in many minds about his suitability to lead the nation.

The new front bench is somewhat of an improvement, but is not dinosaur free. The disappearance of Joe Hockey (lifter or leaner?) and Kevin Andrews (remember Dr Haneef?) will certainly not be mourned.  Eric Abetz will not be missed either. Of deep concern is the promotion of Scott Morrison to Treasurer. His past performance is still vividly remembered. In 2011 party discussions he urged the shadow cabinet to use the electorate’s growing concerns about “Muslim immigration”, “Muslims in Australia” and the “inability” of  Muslim migrants to integrate as part of its election strategy.

His insulting of Gillian Triggs,  highly respected by the Muslim community, has not been forgiven or forgotten. The verbal assault directed at her by Brandis has not been forgotten either. That he lost his control over the Arts Portfolio is to the credit of Turnbull but the inclusion of Brandis and Morrison in this cabinet leaves a nasty taste in the mouth. So does the inclusion of Dutton.

The whole of Australia is closely watching the performance of this renovated government, as is the opposition. The direction which will be taken in tax reform, the health of the economy, changes to education, the handling of the offshore camps, the bombing of Syria, the citizenship laws, which could result in indefinite detention on Christmas Island, will determine the fate of this front bench. A new face alone will not save it. 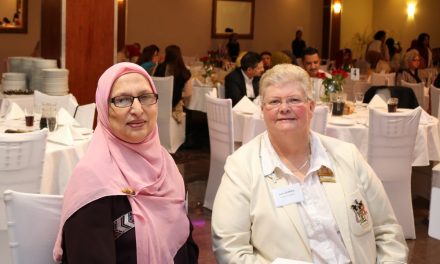 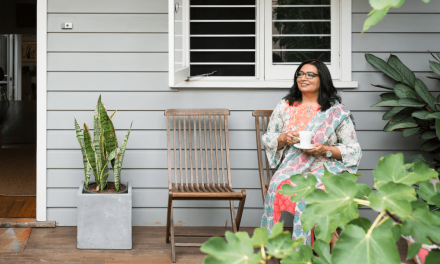