Domestic Violence in the Muslim community is rarely addressed or talked about. This is not to mean that it doesn’t exist, but rather, many victims suffer in silence and most are ignorant to Islam’s stance on Domestic Violence. The Lebanese Muslim Association took the initiative to host a lecture on domestic violence in the community by Sheikh Wesam Charkwai, as part of the ‘Think Again’ lecture series.

People misuse the verse in the Quran where the translation of a particular word is to “Tap/Hit/Beat” them, as a means of saying that domestic abuse is propagated in Islam.

And the worst part is that this is coming from Muslims themselves, that some form of hitting is permissible.

To understand the verses in the Quran, you need to have studied with incredible depth, and understanding in the background of the verses.

What it means, is to show or express displeasure, to mean that the matter is serious. Sheikh Charkawi said that “The home is where the woman should feel the most safe.”

Sheikh Wesam Charkawi used an excellent example, the Prophet Muhammad (pbuh), who was the best example of men, never struck a woman.

It is so important to look at the understanding of what the scholars have said about this verse, and not to interpret things alone.

He went on to explain that the purpose of marriage, from an Islamic viewpoint, is to reach the full spiritual potential to get closer to God.

Aside from companionship, the objective is to work together with your spouse to complete each other.

The sheikh spoke generally about his own experience with community issues of domestic nature. He touched lightly that there are legal implications and ramifications for the sheikh to grant a divorce to a couple if one person refuses to divorce.

He said that women who want to divorce their husbands are left suspended, they have no avenue to go to.

Sometimes separation is the way to go, as not all people are compatible with one another. Its unlawful to oppress one another, so do not oppress.

And even during separation, either retain them or let them go in a pleasant manner, but don’t hold onto them forcibly and oppress them.

Even in the way in which a couple leave each other, it should be done in a pleasant way, not with rumours or family involvement where it gets divisive.

Many women suffer in silence, and don’t call the police. Islam says that if a woman is suffering abuse and no one can help her, it is important to just go to the authorities.

Prophet Muhammad’s (pbuh) last sermon, he gave the instruction to the men three times, to look after the women.

He spoke about the idea that Men are the maintainers of the women and that according to many scholars, this verse is speaking to what the main practices are.

But there are exceptions. Not all men maintain their wives, sometimes it can be the other way around.

A woman asked the Prophet Muhammad (peace be upon him): “What do you say about a woman who supports her husband?”

The prophet (pbuh) said that she gets a double reward, reward of maintenance and the reward of charity.

Even in the times of the prophet, women did maintain and looked after their husbands.

The Quran verse talks about the usual practices, but it does not mean that women cannot be maintainers of their husband.

No human being should have to suffer the indignity or humiliation of being abused.

The Prophet Muhammad said that the strong man: the real man is not the one that can defeat others in wrestling, that’s not the real man.

The real man who can contain himself in a station where he has the capacity to do something, but he chooses not to. 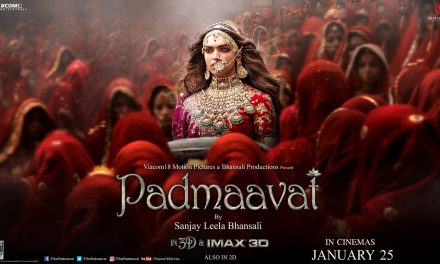