Mr Talal Yassine OAM, Managing Director of Crescent Wealth has announced  that the company has reached an excellent milestone of managing over $100 million in Islamic Super & Investments within two years of it’s establishment.

Crescent Wealth is Australia’s leading Islamic Super and Investment firm offering all members an attractive alternative in socially responsible investing while avoiding any company that earns profits from prohibited goods and services.

While thanking the community for its support, Mr Yassine said, “We would like to also extend our gratitude for the plethora of support we have received from cultural groups, mosque associations, professional networks and every day Muslims across Australia.”

“We are going to increase our investment in education, continue supporting the growth of our cultural groups, while forever celebrating diversity and variety as the face of Muslim Australia.” Mr Yassine added.

Exceeding this benchmark proves that there is a great demand for quality Islamic investment products in the community. Managing an ultra ethical, trustworthy and sharia compliant organisation is not an easy task, yet Crescent Wealth has demonstrated excellence in this field. 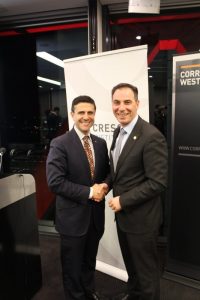 Mr Yassine said “Achieving the $100 million benchmark is a significant validation of our business model and signals that we have the scale necessary to accelerate growth in Australia and abroad. It proves the depth of our market and cements Islamic finance as a significant segment of the sophisticated Australian financial services market.”

As Crescent Wealth grows, it will continue to reinvest into the community, through social events, outreach programs and community initiatives that are in line with their values.

Crescent Wealth Community Development & Marketing Manager, Mr Jamel Rathborne said “There is nothing as Islamically comprehensive at the moment and the returns  themselves are competing strongly with conventional funds. The values that Crescent Wealth hold is that it’s something for everyone but represents what a Muslim company should be like.”

“Amazingly we’ve also had some non-Muslims investors who discovered the Islamic way we invest was clearly ethical, they liked it and through that became Muslim.”, Mr Rathborne added.

The achievement stands as a testament to the success and popularity of Islamic values based investing and highlights the rapid rise of Crescent Wealth as the world’s first private Islamic pension fund.

The firm is iconic in the market as the brand that proves the success of Islamic investment principles, and teaches that Islamic values equate to ethical values.

Crescent Wealth has offices in Sydney and Melbourne and they have opened a new office this year in Kuala Lumpur in order to increase exposure to global investment opportunities.

“We’ve had significant interest from abroad and will continue our growth in the short to medium term with the firm continuing to reach out internationally,” Mr Yassine said. Crescent Wealth offers a series of investment funds as well as the Crescent Wealth Superannuation (pension) Fund. It manages all aspects of its funds in accordance with its Australian Financial Services Licence including product development, registration, legal, accounting, auditing, marketing and distribution.

Crescent Wealth does not invest in activities prohibited by Sharia such as arms production or trade, alcohol, pornography, gambling and in banks (riba).

Thousands of members who have joined the Crescent Wealth Superannuation fund include high achievers in the Muslim community including professionals, sportsmen, community leaders and business men and women. 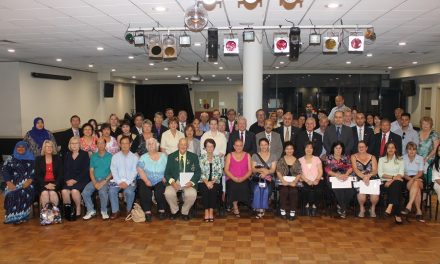