The peak statistical body of the nation, the Australian Bureau of Statistics (ABS) has announced that the next Australian census will take place on Tuesday, 9 August 2016. This is the first time the census operations will make use of the technology, especially the internet and digital facilities to collect data using the online environments. ABS expects that two thirds of the population, or more than 15 million people will complete their census form online.

In Australia census is conducted regularly in every five years. We had our last census in 2011. There are countries that have census once in every decade. In the olden days the kings and emperors used to collect data on their kingdom for the purposes of taxation, recruitment of members of the army and management food production and supply among other things.

Census is an old statistical method of collecting information from each and every household of a nation. It aims to gather demographic and economic data on every resident, citizen or visitor, as well as those in the hospitals, hotels, stations, terminals and streets, of a country at a specified night. Thus a census operation requires to cover 100% of the people on the reference night. Normally census means population census, but there are other types of census including agricultural and industrial censuses.

It is well known that census is a major part of statistics and many statistical methods are used in conducting any census in the contemporary world. The Arabic term for statistics is al-ahsa’ (statistics), and the subject is ilm al-ahsa’ (the discipline of statistics). The term `al-ahsa’ means “to count, enumerate, calculate, compute, reckon.”

Al-Kindi [d. 870 AD] was a pioneer in cryptography, and he introduced the idea of maximum likelihood which is a key concept in statistical inference.

“To understand God’s thoughts we must study statistics, for these are the measures of His purpose.” Florence Nightingale.

The Federal, State and Local Governments in Australia depends on the census data in many ways. The census data provides an integrated numerical image of the nation and regions within the country. Based on the population size governments plan for infrastructures – roads and highways, transport and delivery system, requirements of hospitals, schools, recreation facilities etc. It also provide guidance for human resource development and strategies for population redistribution and settlement of immigrants.

In the countries under democratic system the number counts as it shows the strength. This is particularly important for the Muslims in Australia. Different levels of government in this country will use the data on Muslim population to formulate strategies to deal with the problems and prospects of the community. Unfortunately many Muslims do not bother to tick the question on religion due to not being aware of the importance to do so. An accurate and reliable figure on the Muslim population would help the community to sort out its priorities, ensure allocation of appropriate resources, and achieve desirable attention from the policy and decision makers. That is why the census agency emphasise that every resident must complete the census questionnaire, online or otherwise.

Professor Shahjahan Khan, based in Toowomba is a Professor of Statistics, University of Southern Queensland, Toowoomba and Vice President, Islamic Council of Queensland. 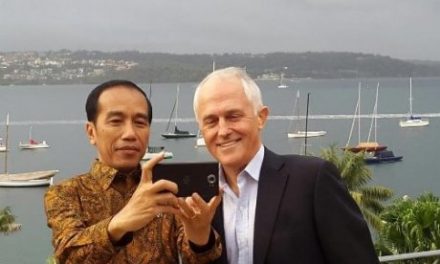