“ Say, (O Muhammad)1, Who provides (sustenance) for you from the sky and the earth? Or who owns hearing and sight? And who brings forth the living from the dead and the dead from the living? And who governs the affairs? They will say, “Allah”. Then say, ‘Will you not become Allah conscious’

“Such is Allah, your Rabb in truth2.  So after the truth, what else can they be, save error?3.  How then are you turned away4 .

Thus the word (decree) of your Rabb is proved true against those who rebel (disobey) Allah. They will never believe.5

Allah (God) reminds common humans through the prophet Muhammad to start thinking seriously and then change their present stubborn attitude.

If you really admit that all these functions are accomplished ultimately by God (Allah) as you perceive, then your true and real Rabb (Cherisher, Master, Proprietor of your loyalty and worship) is Allah (God). How any other can be considered as a partner in His divineness (providence).

As the general public is addressed here, they are not questioned, “Where are you going or treading away?” The question is, “How then are you turned away?”  Hence it is quite obvious that there is some misguided being or group that is persuading them, taking them from the right track to the wrong one. Thus the people are asked, why are you following behind those who mislead? Why don’t you apply your intellect? And after knowing the reality you shall not be away against your realisation. This type of question has been mentioned in Al-Qurʾan in many places and everywhere the dialogue is continued under the garb of passivity so that those who are perverted are not brought into the lime light. This is a very wise strategy that must be kept in mind.

People have been convinced in the Qurʾan through open and common sense arguments and reasoning but alas those, who had decided not to come back to the true belief, never adopt the right path because of prejudice and a stubborn attitude.

52 – Al-Wakil – The Dispenser of Affairs

101. He is the Organiser of heavens and the earth. How can He have children when He has no wife? And He created all things and He is the All-Knower of everything.

102. Such is Allah, your Rabb! La Ilah Illa huwa (there is no deity but Him. He is the Creator of all things. So worship Him (alone), and He is Al-Wakil 52 (The Dispenser of Affairs)

103. Vision perceives Him, but He perceives (all) vision and He is Al-latif (The Most Subtle, Well- acquainted with all things)

104. Verily then has come to you enlightenment from your Rabb. So whoever sees will do so for (the good of) his own self, and whoever blinds himself, will do so to his own harm. And (say), “I am not the watcher over you1” .

105. And thus do we diversify the verses but they (disbelievers) wrongly say, “You have studied the Gospels and brought this as Qurʾan. So that we consider you as a people of knowledge”2 .

106. (O Muhammad!) follow what has been revealed to you from your Rabb; La Ilah Illa Allah and then turn away from the polytheists.

107. But if Allah has willed, they will have not taken other deity besides him to worship. And we have never made you Al-Hafeez (The Watcher) or Al-Wakil (The Dispenser of Affairs) over them3.”

The verse 104 is the dialogue spoken by Allah through the prophet Muhammad just as chapter 1 Al-Fatiha is spoken by the human beings as prayer to Allah. While these are the verses of Allah, the addressees are changed in Al-Qurʾan frequently – sometimes the prophet, sometimes the believers, sometimes the people of the book and then non believers and even sometimes all human-beings. All these are verses of Allah are conveyed as dialogue with other people. Hence the words, ‘I am not al-hafeez (the watcher) over you’ means that I have a specific job of conveying the enlightenment given to me from Allah to all human-beings. Now it is for you to ponder over it and I have nothing to do with you. I have not been assigned to force you for accepting Allah.’

This dialogue in verse no.105 is of the same nature that has been expressed in the beginning of the second long chapter Al-Baqarah (2:26). Allah makes it clear that he doesn’t mind to give the examples of minor creatures like mosquitos or moths as parables to make people understand by simple methods. The fact is that the truthseekers get the correct lessons from these subtle parables but the persons who are intoxicated by arrogance and pride continue criticising and making jokes of ordinary and simple methods of explanation.

Hence, in this verse it is made clear in a different way. This dialogue clearly differentiates two type of persons. First one are those who ponder over the main truth, it’s purpose and argument for understanding and believing the truth itself.

The second type are those who never ponder over the main purpose of message given to them. They start with a negative approach to seek out the flaws and the weakness in the message. They are prejudiced from the very beginning hence they never intend to take these things seriously and accept their truthfulness.

In this last verse the Prophet has been softly admonished for his concern and worry about the polytheists for their punishment in future if they don’t accept and believe in One Allah. Allah has forcefully informed the Prophet that he is only the Caller and Conveyor of His message to be given to the people.  In this verse Allah is addressing the prophet:

“O Prophet! Be reminded that Allah’s wisdom does not want to have every human being corrected forcefully.  If it was his desire, you would not have been required by Allah for this purpose. Allah could easily perform it Himself. He is the Creator and all humans are created by Him. Just by His Will, and saying, ‘Let it be so’ all human beings would have accepted the belief in Allah. Allah does not want it so and therefore you should also not want it to happen.”

Allah wants to control and run the universe affairs according to His Plan, not according to humans’ nice desire for having every human being correct and true. Allah is very pertinent to maintain the freedom of every human individual to select his/her way of living according to his/her self-determined decision, not by the order or command of Allah by force. Allah clearly expresses his policies about this issue in the Qurʾan.

“There is no compulsion in religion. Verily, the Right Path has become   distinct from the wrong path. Whoever disbelieves in Taghut (anything worshipped other than Allah (God)) and believes in Allah, then he has grasped the most trustworthy handhold that will never break. And Allah is All-Hearer, All-Knower. “

If prophets control humans by force or compulsion to follow the correct path without having sincere belief and full dedication of one’s mind and heart for the message delivered by the prophet, the whole performance of such living in this world before the death and having the accountability of one’s ideas and actions would become meaningless.

Allah has given intellect, common sense and other faculties of other thinking and decision-making to human beings themselves. Allah only values those who find the correct path with full freedom without any force by any other. This is the Will of Allah that must be followed. 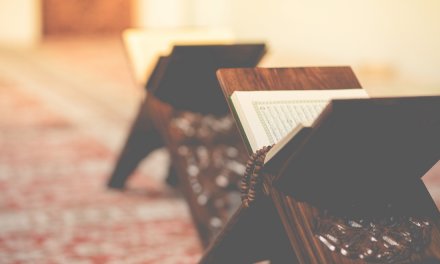