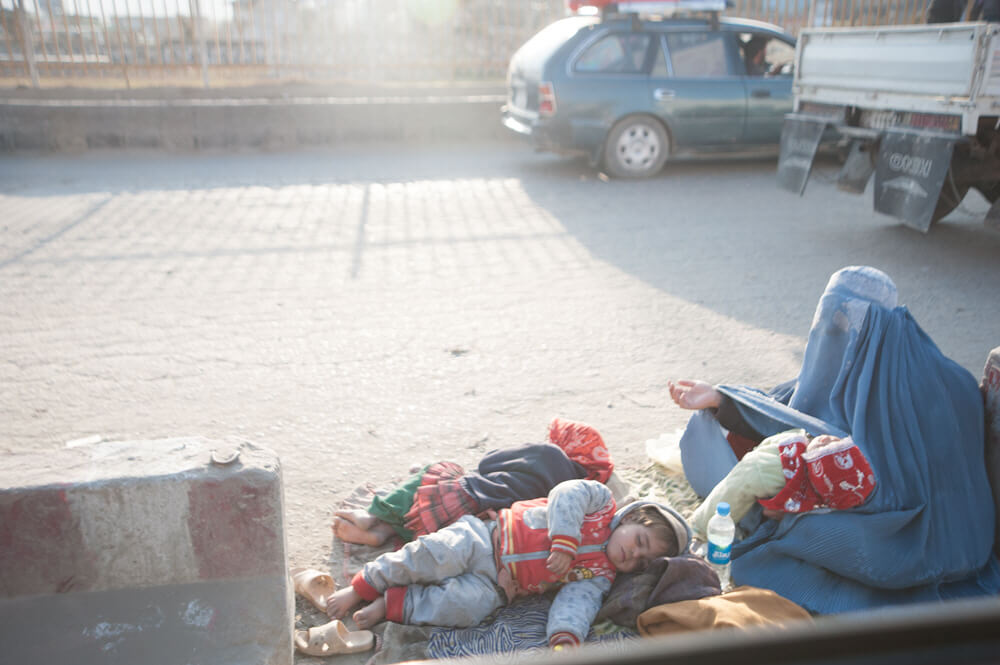 Mahboba Rawi is currently in Kabul on one of her regular visits and here she reports her alarm on arrival on this occasion at the situation in this beleaguered country.

I have come to Kabul and when I walked out of the airport what I saw was the same as what I saw in 2002 when the Taliban had just left.

The poverty was unbelievable.

I was shocked because after ten years there seemed to have been no improvement. The road was full of kids begging. There were women sitting on the roads wearing burqa. They crowded around cars, ten to 15 around each vehicle. They would say things like, “I haven’t eaten” or “My children haven’t eaten for many days”.

I got into my car, but I couldn’t open the window. A crowd of women ran alongside. They kept running for a few kilometres before they finally stopped.

I went to a place on the road where men out of work gather. They are there from 5am, hundreds of them.

I saw one man, very tall, rundown but he was still strong, around 45 years old.

“Every day I stand here”, he said. “But nobody picks me for work. Each day I go home with no money and no food. I have nothing for my family.”

It was the first time that I have seen an Afghan man cry. But when he started the men around him wept also. They told me, “Tell the President, come kill all poor people! We do not want to die slowly like this. Put us out of our misery.”

When I got to Kabul I locked myself away for two weeks and cried. For the first time I felt I couldn’t raise the money I needed in Australia to help the people of Afghanistan. I became anxious, I felt I was too tiny for this enormous problem.

It was a very emotional two weeks.

And everyday there are bombs in Afghanistan.

I saw two beautiful little girls going along the road. They were going for English education.

And they were killed by a bomb.

I hear shocking stories of poverty. People scrambling through potato scraps while the price of groceries is so high. Our existing projects cannot cope with the demand. Things such as meat, sugar, bread are so expensive. Three times the cost they were recently.

If feels as though people are turning away from Afghanistan, as their troops pull out.

It is so easy to feel defeated. But now I have left that room and I am ready to put all my effort back into our projects. I cannot be defeated.

To find out more about Mahboba’s Promise activities in Afghanistan and how you can help during Ramadan visit the website at www.mahbobaspromise.org or Phone +61 2 9887 1665.