10 Reasons why we should Boycott Israel

Ten years ago this week, over 170 Palestinian civil society organisations called upon people of conscience to build a movement for boycott, divestment and sanctions (BDS) against Israel until it ends its Apartheid policies.

1. Palestinians have called for BDS.The call for BDS in 2005 was put out by Palestinian groups representing all the three major components of the Palestinian people: the refugees in exile, Palestinians under occupation in the West Bank and Gaza Strip and the discriminated Palestinian citizens of the Israeli state.

2. The BDS demands are simple, comprehensive and crystal clear.

3. BDS is solidarity, not charity.

Palestinians don’t need our pity, they need our active solidarity!

Check out some of what the BDS movement has achieved in the last decade with this brand new interactive tool.

BDS puts us on the offensive, targeting complicit corporations and governments. Now we frame the debate, refocusing attention on Palestinian rights and the Palestinian social movements struggling for them.

The BDS movement has been built by people from almost every continent, from diverse religions, races, nationalities, ages, gender and sexual identities. This is a movement specifically rooted in and committed to equality and justice… values that extend to everyone, no matter who you are.

7. There is a role for everyone.

BDS campaigns have been initiated (and won!) by student groups, trade unions, faith-based groups, pensioners, educators, artists, shop owners and on and on. There is a role for everyone in this movement.

8. Because the UK is deeply complicit.

Our latest report demonstrates the extent of UK complicity in Israel’s crimes against the Palestinian people. The UK government regularly approves weapons exports to Israel, despite the full knowledge that they are used for brutal attacks on Palestinians and to maintain the illegal Occupation.

9. Standing by makes us complicit too.

UK government complicity is possible because decision makers have known they can get away with it. The only times they have been forced to question this complicity is when enough people get together and take action.

Last week, over 100 people in the UK got together to block and shut down three factories in the UK making weapons components shipped to Israel. It was such an inspiring day, and we left resolute that this is just the beginning of building a massive campaign to #StopArmingIsrael!

We need as much support and participation in this as possible to really make it count. Please visit our Stop Arming Israel page to read our new report, email your MP and join our newest campaign.

– War on Want has been a leading voice in building the BDS movement and opposing UK complicity in Israel’s crimes against Palestinians. Visit: War on Want. 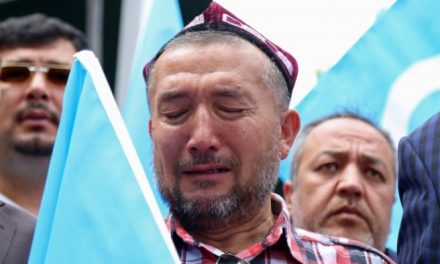