Humans are the superior most creatures of Allah having high physical and intellectual abilities and excellent faculty of understanding.

They, utilizing their abilities, developed knowledge and with the help of that searched the treasures of the earth and used them in making sophisticated machines and tools to satisfy their urges and ambitions in the best possible way.

Due to technological sophistication, they not only reached the moon but also transformed the globe into a village where they can go to any place within the shortest period, understand various cultures and interact with other people.

They also made rigorous efforts to create such a situation where humans can live in peace and harmony with dignity and honour. As a matter of fact, they developed socio-economic and political systems to provide them with the best opportunity and adequate facilities to satisfy their needs in a dignified way. They assured that these systems would remove human suffering and enable them to live in cooperation and harmony with others.

However in spite of tremendous advancement of science and technology as well as material development, humans have failed in making this world free of conflicts and clashes, genocide and massacres, annihilations and exterminations.

They grab and snatch the belonging of others, exploit and suppress them for petty gains and deprive them of their privileges and the right of existence. The reaction and retaliation of the victims makes the situation worst.

The irony is that they carry out these inhuman acts under the name of ideological frameworks of religion, democracy, human rights and welfare, which were developed to safeguard humanity from disaster.

Social institutions have failed to perform the task for which they were created and serve the interest of dominant persons and groups. The government machinery is used to maintain and prolong the domination of the ruling class while the judiciary is used to get rid of the persons who are against corrupt leaders and threat to the system.

Religion is used to create hatred among people, divide them into different sects and neutralize their potentiality to bring about change.

International organizations are working at the will of dominant nations, taking decisions as they want and rationalizing their inhuman acts. The socio-political scenario of the world, in a nutshell, is dominated by persons and nations who have power, money and strategic skill to dictate their term and force others to submit to their will. They go to any extent, even to shed the blood of innocent persons in establishing their ideologies and spreading their viewpoints by propaganda and force.

The result is that humans are destroying the lives of their own brethren, become dangerous to humanity and turning this beautiful earth into a battlefield where they are fighting for the satisfaction of their wild aspiration and unrestrained egos.

This is happening because humans have neglected the authority of Absolute Reality, which is none other than Allah. Humans forget that they have been created to live in this world according to the will of Allah, the most righteous and dignified way of leading life.

The catastrophe is that humans began to consider themselves as the architects of the world and as such developed their own criteria of good and bad, right and wrong. These human made systems are neither fair nor judicious but serve the interest of a class and neglect the weak, poor and downtrodden.

If this situation continues human will meet their Waterloo, face debacle and disaster and jeopardise their survival on this globe. The need of the time is that they should crush their wild desires and ambitions, treat others as their brothers/sisters, give others what they wand for themselves and share the grief and joy of others particularly the weak, the oppressed and the subjugated.

They should derive the concepts of good and bad from the attributes of Allah who is the epitome of truth and goodness. 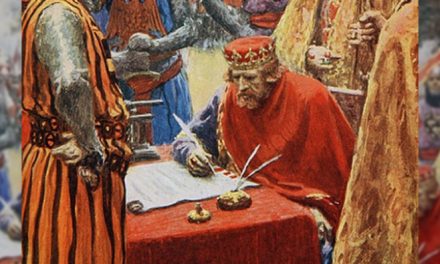