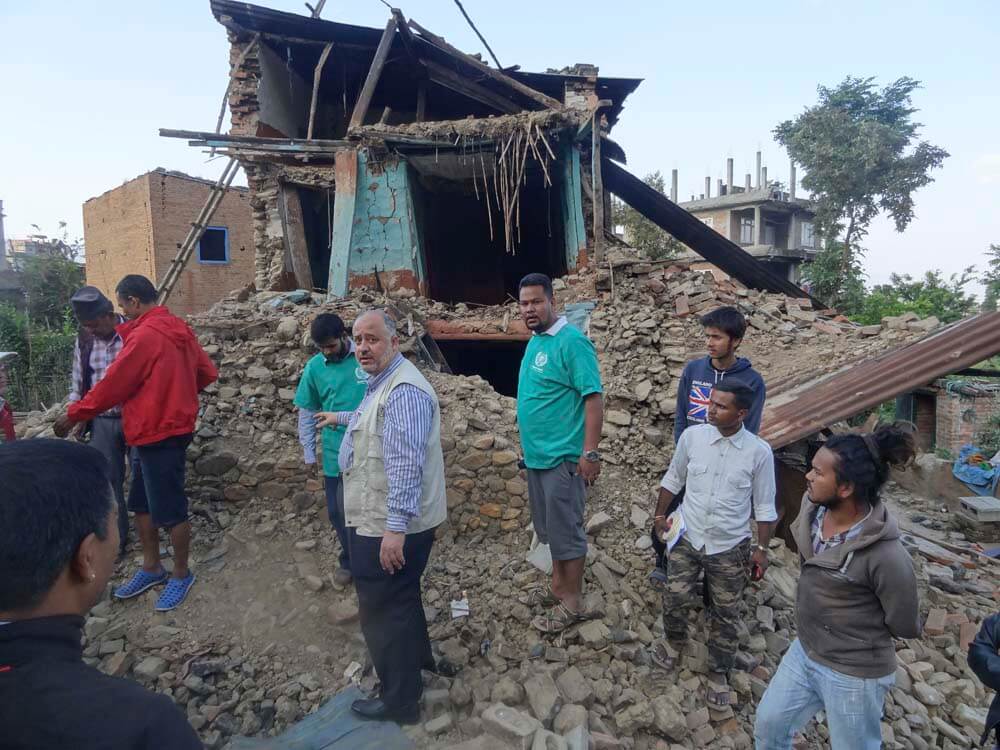 In response to the Nepal Earthquakes which has affected over eight million and claimed the lives of more than 8000 people, Human Appeal International Australia sent aid in order to assist the victims.

Human Appeal International Australia Director Mr Bashar Al-Jamal arrived in Kathmandu on the 3 May  and personally toured the disaster areas, meeting victims and supervised the distribution of aid. The earthquake had left a trail of destruction within Kathmandu as many victims were left displaced due to their homes being totally destroyed. Many were displaced with a severe need for food, water and shelter and high  risk of catching disease.

Aid was distributed within Kathmandu itself as well as in Kirtipur, 15km from Kathmandu and Ghyalchok village, Gorkha district, 3 hours away from Kathmandu. Both areas were severely affected by the earthquake with many left displaced after the destruction of their homes. Bashar Al-Jamal distributing aid from Human Appeal International Australia to the victims of the Nepal earthquakes who are sheltering in makeshift tents.

The supervision of aid within these areas showed first-hand the toll the earthquake had taken on the people of Nepal. Many women and children were especially suffering, and many families were struggling to survive trying to ensure the well-being of their children.

Those affected in Ghyalchok had their own stories on how the earthquake had affected them and their struggle for survival. The looks on the faces of the victims, their tattered clothing and their injuries told their stories of loss and suffering more effectively than any news report could tell.

One of the villages where Human Appeal distributed aid consisted of totally Hindu families and they highly appreciated the fact that Muslims from as far away as Australia had come all the way to help them.

Among the victims in Ghyalchok, was Farouk, a painter who barely managed to escape his home before it was totally destroyed during the earthquake and now lives in a tent with his wife and five children. Another victim of the disaster was Abdullah, who alongside his daughter has been severely affected by the earthquakes in Nepal. Mr Al-Jamal provided reassurance and aid to them on behalf of Australian Muslim community who had generously contributed towards relief.

All recipients of aid were highly thankful to Human Appeal International Australia for the aid that they have received. Over 600 families benefited from the distributions and among the items were Food parcels and water supplies, tents and blankets freely distributed to victims.