Fatima Al Fihri (d.880) is renowned for establishing what many consider the world’s first university.

One among several families who moved from Tunisia to Morocco during the reign of the Moroccan King Idris II, Fatima al-Fihri along with her family aspired to improve the community around her. Given the name Umm al Banine “Mother of the Boys”, following the death of her husband and her brothers; she along with her sister Mariam inherited a large fortune.

Both sisters aimed to devote their money to better the community that was in need of it. Fatima built the Al Qarawiyyin mosque, while Mariam built the Al-Andalus mosque. In 859, from the 10th to the 12th century, Fatima’s mosque developed into a university which became an important centre of education and one of the first Islamic and most prestigious universities in the world.

Today, the name of Fatima Al Fihri is world renowned for its relation to the world’s first university. While, the University itself, represents a reminder of Islamic dedication to science and knowledge. More importantly, the institution welcomed people of all religions, for, University alumni includes Pope Sylvester II, who would later introduce Islamic ideas of mathematics to medieval Europe and Maimonides, a Jewish philosopher and physician. 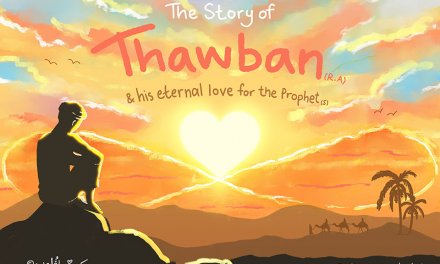 The eternal love for the Prophet by his companion Thawban