Two sides of the same coin: Anti-Semitism and Islamophobia 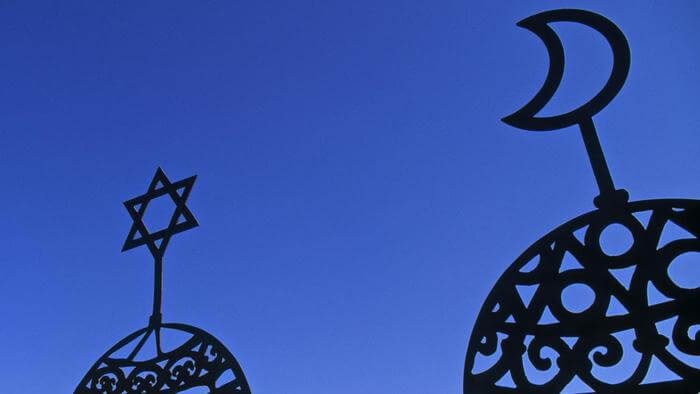 This comes in the wake of Islamophobic rallies by Reclaim Australia in various cities last month and the on-going campaign by anti-halal groups championed by some shock jocks. There is evidence to suggest that such campaigns are creating an atmosphere of fear and hate with increase on Islamophobic attacks and vilification. The silence of politicians on this issue is deafening.

Both Jews and Muslims in Australia form minority communities with a number of issues of common interest. Their right to practice their religion by sticking with their religious dietary laws pertaining to kosher and halal is one of them.

So is their right to be protected against religious and racist prejudices as minorities living in Australia in particular and the Western world in general.

There is a perception in the general population, Muslims and Jews included that Jews and Muslims can not get along together.

Both Judaism and Islam have a number of similarities in their teachings and practice. Both Jews and Muslim largely stick to their religious practices. Surely there are some fundamental differences in their doctrines, but these do not prohibit them to live together in harmony.

One of the main principle of tolerance in Islam is the Quranic declaration that “There is no compulsion in religion”. It’s a human right, and a God-given right of choice, to chose one’s religion or have no religion. No one can force a religion on any one.

Yes, you can market your religion, your philosophy or your views, but you can not impose it on others without their consent. In Islamic terminology, this is called daawah or inviting others to Islam. Converting others to Islam is fundamentally alien to Islam.

Islam has recognised this freedom of choice and Muslims have largely practiced this in their history. The reality, that there will always be those who will refuse to follow Islam or become Muslims and their choice needs to be respected and they will be protected to freely practice their own religion.

This is the reason that large communities living under Muslim rule have survived and thrived for the last 14 centuries, be they Christian, Jewish, Hindus or Buddhists. There have been no mass massacres on the grounds of religious differences in Muslim lands.

Anti-Semitism is basically a European phenomenon that finally culminated in the holocaust. Muslims are not and should not be anti-Semitic.

Surely with the advent of Zionism, the occupation of Palestine, the clash of political interests of Israel and that of Palestinians, Muslims and Jewish supporters of Israel have a clash of interest and they would compete to safeguard these interests in their own spheres of influence.

However both Jews and Muslims have to be careful while safeguarding their interests they do not cross the line, playing in the hands of Islamophobes and anti-Semites.

Both Jews and Muslims need to fight the forces of Islamophobia and anti-Semitism together because both these traits are the products of prejudice, hatred and injustice.