Australians currently enjoy one of the highest living standards in the world, emanating from nearly a quarter of a century of uninterrupted economic growth. The challenge for Australia to maintain and improve this level of living standard is to enhance economic growth through boosting productivity and workforce participation in the country. Tax reform is an important step to spur growth, create jobs and prosperity for all Australians.

Australian tax system faces acute challenges from a changing world of our times. The key changes include the rise of the digital economy, highly mobile investment along with profit shifting opportunities and greater labour mobility. These developments substantially weaken the ability to raise revenue for Australia from the traditional tax bases and reduce total tax collections through dampening economic growth.

Mining sector is no longer driving national income growth to the same extent as it did in the last few decades. This is primarily due to slower growth in trading nations particularly in China, severely falling commodity prices and resulting lower terms of trade. The sluggishness in mining industry has resulted in slow downstream investments, lesser job creation and lower purchasing power for Australian households. Tax reform offers a huge opportunity to improve investment and productivity for benefit of all Australians.

In Australia, Federal Government, State/Territory governments and Councils have taxing authority by means of their control of various tax bases. In 2013-14, Federal government collected around 81% of taxes mainly from income taxes levied on individual and corporations as well as GST; State/Territory governments around 15% largely from payroll and stamp duties and Councils around 3% as rates. These taxes should be imposed and collected without unnecessary cost to the economy as a whole.

Taxation of savings has significant variations in Australia. Australians save in various assets and modes such as family homes, superannuation, investment properties, bank accounts & debt instruments, shares, private companies and trusts. Taxation of incomes from these forms of savings varies significantly. Rents from investment properties, dividends from shares and interest from deposit accounts are subject to tax at full marginal tax rates. Capital gains from rental properties and shares are subject to 50% discount for individuals but capital gains from family homes are fully exempt from tax. Superannuation has a flat rate of tax (15%) on contributions and earnings irrespective of the marginal tax rates of the respective employees. Savings in private companies are taxed at 30% and trusts could have various rates depending on discretionary distribution of trust incomes.

Australian tax system is already highly sophisticated but it could be made simpler, fairer and lower in terms of tax rates. This reform may reduce compliance costs for taxpayers, improve revenue collection through better managing various tax bases, minimise distortion in commercial decision making, reduce tax administration costs and enhance confidence in the fairness of the taxation and superannuation systems.

Tax White paper was released by the Federal Treasury on 30 March 2015 for a conversation with all Australians and submissions could be made by 1 June 2015. The government will consider the submissions and issue a Green paper by mid to late 2015. A plan for how to improve Australian taxation system will be released by next election which must be held on or before 14 January 2017, probably late 2016. See www.bettertax.gov.au for details. 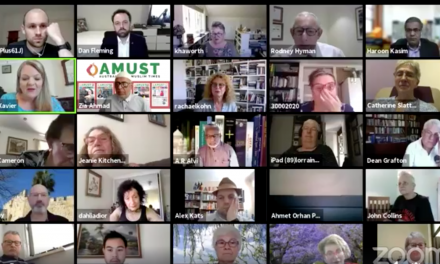