Well over 300 people including several dignitaries, health experts, representative from aged care agencies and providers, community leaders and a large number of SAMAA elders, volunteers and community members packed the hall and enjoyed the day with enthusiasm and joy.

Mr Ruddock applauded Australian multicultural character which has allowed communities from so many faiths, races, colours and cultures to live together happily. He paid tribute to SAMAA for providing services to the community elders.

Ms Concetta Fierravanti-Wells spoke about various aged care programmes relating to Culturally and Linguistically Diversified (CALD) communities and assured support to SAMAA from the Minister’s office. She emphasized the need for Aged Care facilities tuned specifically with linguistic and cultural backgrounds of the elderly and narrated the story of her father of Italian background who could not speak in English in his old age and could converse only in Italian. Mr Zahid Jamil, representing SAMAA, spoke of various SAMAA programmes and sought support from the audience in fund raising at the event. A number of items were auctioned, thanks the skills of Mr Hussin Goss at the event to raise funds for the SAMAA.

The event featured a short play ‘Ammi Tum Kahan Ho’ which brought tears to many eyes and received tremendous applause from the audience. It depicted the challenges, families face in caring for their elders and how charitable bodies such as SAMAA become helpful in providing relief to elders and their families. The script of the play was written by famous Sydney based Pakistani journalist, poet and writer Mr Ashsraf Shad and was produced and directed by veteran director Mrs Saba Zaidi Abdi. The cast included the famous Hindi poet Rekha Rajvanshi, the radio artist Aparna Vats, Nisar Sirguroh and Farjad Mahmood.

The audience enjoyed the South Asian cuisine and songs by The event also provided elders an opportunity to meet their contemporaries and other community members. SAMAA volunteers were ever present in big number to cater for everyone’s needs.

SAMAA has been serving the elders of South Asian Muslim community for past seven years. SAMAA’s Services include developing innovative& effective Service Modules, in order to facilitate the provision of Culturally specific needs of South Asian Seniors.

SAMAA has been actively negotiating with various service providers and has signed MoUs with them in fulfilling the C.A.L.D.(Culturally and Linguistically Diversified) requirements of South Asian Muslims. SAMAA is keen to engage in Respite Care programmes and is seeking grants to offer this service. In long run SAMAA aims to build its own aged care facilities. The attendees were generous in their donations to support SAMAA’s programmes.

The South Asian Muslim Association of Australia is listed as a public benevolent institution and donations to SAMAA are Tax Deductible.

The SAMAA event and its Souvenir were sponsored by a number of community organisations, businesses and professionals. 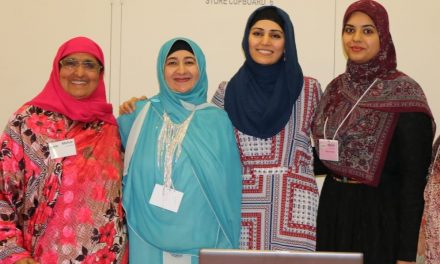 Recipes for Ramadan – what’s cooking in 2021