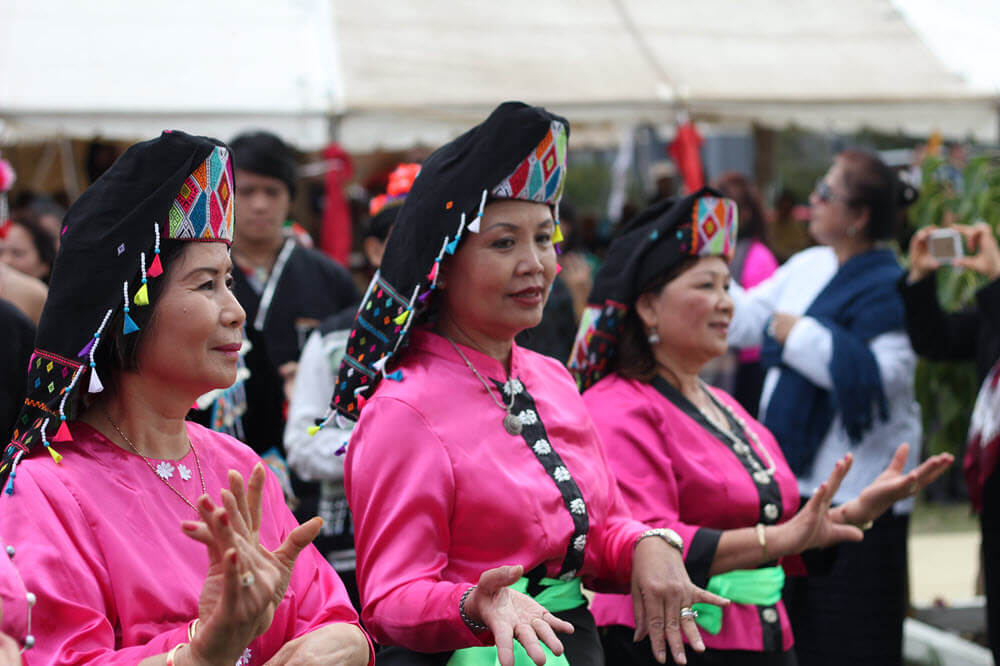 On Sunday 12th April, 2015, thousands participated at the Lao New Year Festival at the Bonnyrigg Town Centre Park close to the Lao temple.

Mr Nick Lalich MP for Cabramatta was the pioneer of this event. As a multicultural event, this event has expanded and he remembered the tiny Bodhi tree when it was first planted and threw some coins in there for luck. It is the central focus of the Bonnyrigg Town Centre Park. This park welcome all Australians regardless of their beliefs-religious or non-religious and background. They are all welcome here know as the World at One Place. He supported this festival through the years for it helps to preserve the Lao culture and tradition and this festival flourish and benefit all those who take part in its continuing development. This festival is one way to acknowledge the Lao-Australian people for their achievements and contribution to the Australian society. It was a day when all those present gathered and gave a grand applaud to two doctors. Dr Tim Soutphoummasane who is the Race Discrimination Commissioner and Dr Jeremy Souksamlane Hockey who has just finished his dental surgery degree. They were honored by everyone for their outstanding achievements. This is quite a new year’s gifts for the Lao community.

The President of the Lao Buddhist Society of NSW Inc. Mr Bounlap Saenphoumy said that this festival and its success is because of all the people who volunteered to give their time and energy for the three day festival. They all gave from their hearts and this is what makes this festival extra special.

Chanthanith Chittasy is the public officer of the Lao Buddhist Society of NSW.